If you weren't expecting to get up for this Saturday night's game against the Mississippi State Bulldogs, allow me to convince you otherwise with a single image: 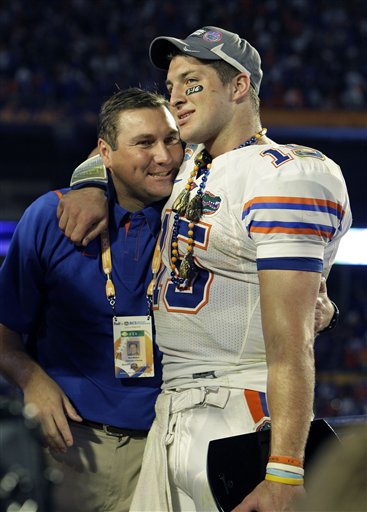 MSU head coach Dan Mullen went 3-1 against Georgia during his time as Florida's offensive coordinator. This is Georgia's first shot at him since he left Gainesville.

Comparing resumes: The eastside Dawgs have lost two straight, to back-to-back SEC Offensive Players of the Week. Their Death Row counterparts kept it tight against Auburn at home, and not so much against LSU in the Bayou.

Recent history: The Dawgs last had their collective day in 2006, with Georgia winning 27-24 in Athens. Georgia has a nine-game win streak going against MSU, including a 47-0 yawner in 1997.

No, it doesn't make any sense that the fairer-skinned quarterback is the one named Tyler Russell.

Giffage via For Whom The Cowbell Tolls 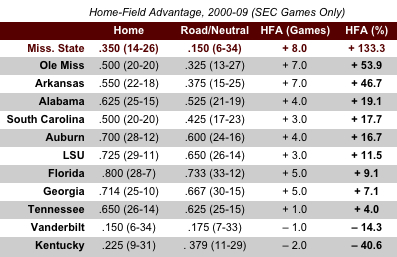 How we feel about all this: Miss State still has a way to go in its quest to return to its late-'90s form, when Jackie Sherrill posted four straight winning seasons and the school's first bowl victory since 1981. They're improving, but haven't arrived yet, though Starkville has tripped up far better teams than this year's Georgia squad.

Vegas says: Even. TAKE THE POINTS.