Did you know the N.C. State Wolfpack have yet to lose a game? Are you wondering what they're still doing in the ACC? Shouldn't they have tried to jump ship for the Mountain West by now?

Last meeting: Tashard Choice's 34 carries for 164 yards led Chan Gailey's 2006 Jackets to a 31-23 win in Raleigh. Yeah, that was a really long time ago. Tech kind of never plays N.C. State. We should do this more often, yall.

Wolfpack to watch: Junior quarterback Russell Wilson was named ACC Player of the Week for hanging 366 total yards and three scores on Cincinnati. The five-foot-eleven dual threat has piled up 273.3 total yards per game over his last fifteen starts. Tech's ooey-gooey run defense could be easy pickings for a quarterback with wheels, as even gigantic UNC dropbacker T.J. Yates was able to break a nine-yard run last week. Seventeen other Wolfpack have caught or rushed at least once this year, with only one, halfback Mustafa Greene, getting more than 30 touches.

As for State's defense, their first string might not be as good as Carolina's post-suspension lineup, as they're very young up front. They have been strong on third down, stopping about three of every four conversion attempts, but Georgia Tech third downs don't really exist in the traditional sense so I'm not sure how to use this stat.

Fun fact: Paul Johnson interviewed for N.C. State's head coaching job in 2006, but wasn't offered the spot. This is his first crack at the 'Pack since then, and you have to look forward to the wave of inside-voice dismissiveness that will wash over the first reporter to bring this up to Johnson.

So be on the lookout for sad Wolfpack fans. Speaking of those: 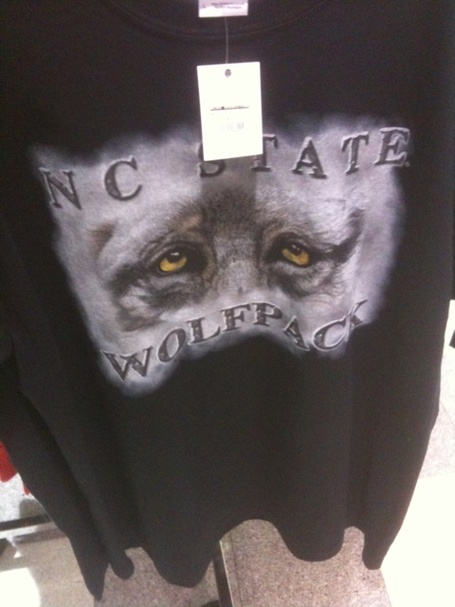 How we feel about all this: This is a very winnable game, though confidence would be much higher if not for Tech's stumble against Kansas. It's hard to imagine N.C. State's defense stopping the flexbone, and on offense Wilson can only do so much. I'm not the only person who thought of N.C. State's football roster while watching Zach Galifianakis' "one-man wolfpack" speech from The Hangover, right?