If you haven't yet checked out the photo tour of Georgia's newly renovated Butts-Mehre Heritage Hall, posted at Dawgs247 by former Red & Blacker Gentry Estes, it's worth your time. The renovations and additions are comprehensive as well as complex, but then they kind of had to be -- Butts-Mehre, which first opened in 1987, houses the athletic department offices as well as a museum and the training facilities for the football team.

It's that last part that may be of most interest to Dawg fans, as the football team's subpar seasons in 2009 and '10 have been attributed in part to perceived deficiencies in Georgia's strength and conditioning regimen. According to Joe Tereshinski Jr., who was promoted to head of S&C in a postseason staff shakeup prompted by those same issues, the work being done on Butts-Mehre (which began right as the 2009 season was starting) forced the team's training facilities to be moved into trailers. That could be part of the reason why the team's physical conditioning seemed to take a step backward last year, not to mention why the 2010 recruiting class was a bit of a disappointment compared to Richt's previous efforts. 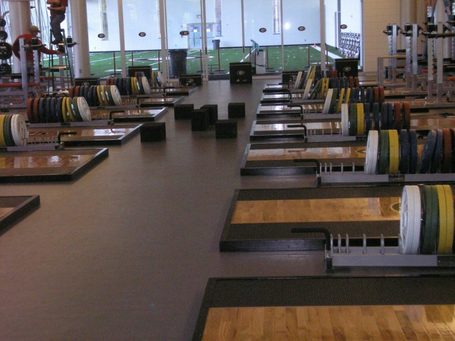 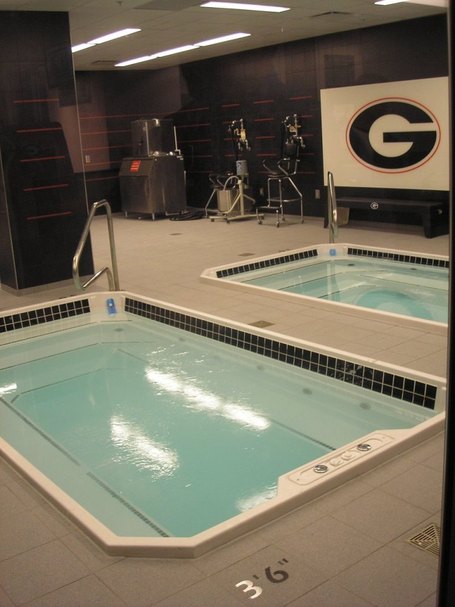 Of course, if the members of Georgia's more impressive 2011 commitment list were lured in part by the promise of better facilities, you can hardly blame them, as the above photos attest. From top to bottom, you've got the brand-new weight room, which looks out onto the also-brand-new 60"x180" indoor practice room; one of the no-longer-trailered training rooms; and the area housing the team's whirlpool baths. The training facility even has the ability to take X-rays on site.

Of course, all these wonderful new features are just a means to an end -- which is, of course, a better-trained, better-prepared Georgia team that wins more games in 2011. But it's still nice just to see the Dawgs once again in possession of a make-no-apologies facility that's absolutely on a par with the best the SEC has to offer.