The Georgia Tech Yellow Jackets recently announced funding for an indoor practice field to be built on campus, with a gift from Coca-Cola CEO John Brock leading the way. The 80,000-square-foot, $7 million facility will be built on part of Rose Bowl Field, in between the baseball team's Chandler Stadium and the track team's ... track, and named after Brock and his wife Mary.

It'll be one of the biggest free-standing indoor football facilities in Tech's immediate recruiting proximity, though these things are like arms races -- two of Tech's primary ACC recruiting rivals, Clemson and Florida State, are working to get indoor fields up, as is nearby Auburn.

They say these things matter for recruiting, something Tech football has not done very well at for years. Recruits see facilities like this as a commitment by the school to its athletics programs. This year's spring game had to be cancelled due to lightning -- sure would've been nice for all those recruits to have somewhere warm and dry to stand at some point during their football-observing time on campus. It'll also mean Tech won't have to ferry across town to practice when weather occurs.

Via the school's athletics Facebook photo album on the matter, which says construction is currently underway: 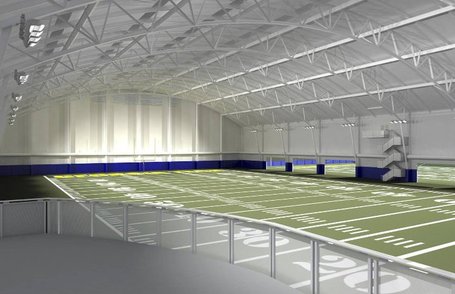 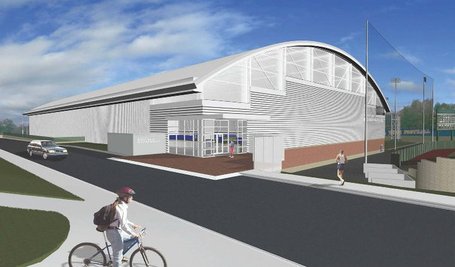 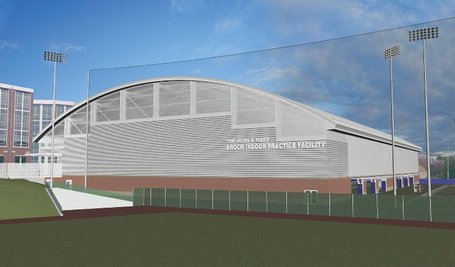 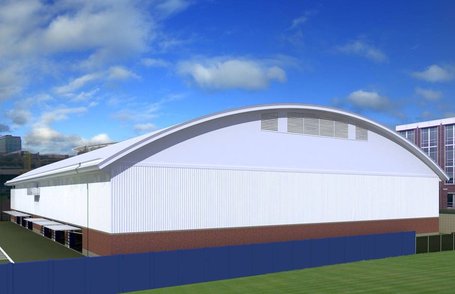