Atlanta Braves stars Jason Heyward and Freedie Freeman landed on the cover of this week's Sports Illustrated, marking the 32nd time (that I've found so far) the Braves have made the cover. Dale Murphy and Hank Aaron lead the way, with seven covers between them.

First, here's this week's Heyward-Freeman combo, the first time multiple Braves have appeared on the cover since 1995: 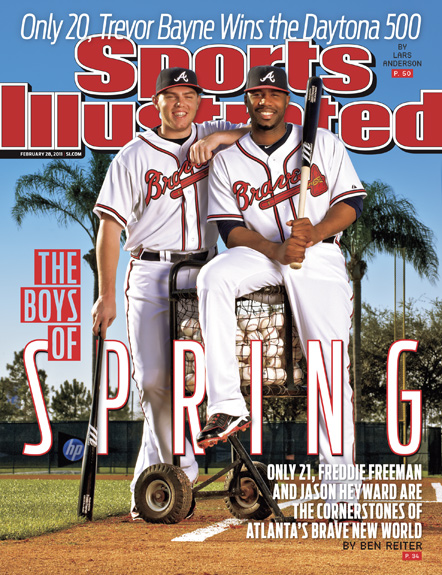 Aaron last made the cover in 2007, during the height of Barry Bonds' chase for the MLB home run record: 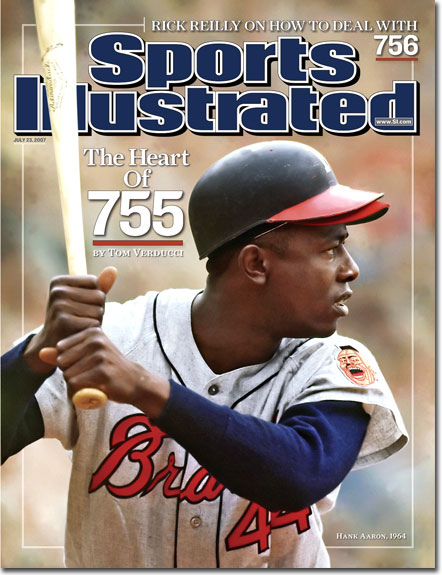 And in 2006, when SI was putting together its all-time baseball team, note who's by far the most prominent. How's noted progressive Ty Cobb feel about falling back to Aaron here? 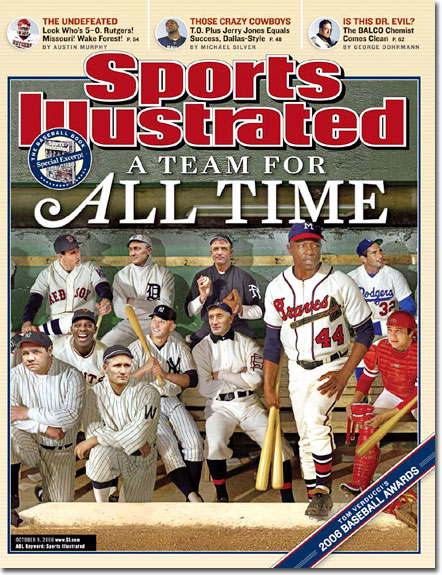 And even if the goal of this project wasn't to list every Braves SI cover ever, we'd still have to talk about this one as is required by baseball law. Jeff Francoeur, the impossibly good baseball player: 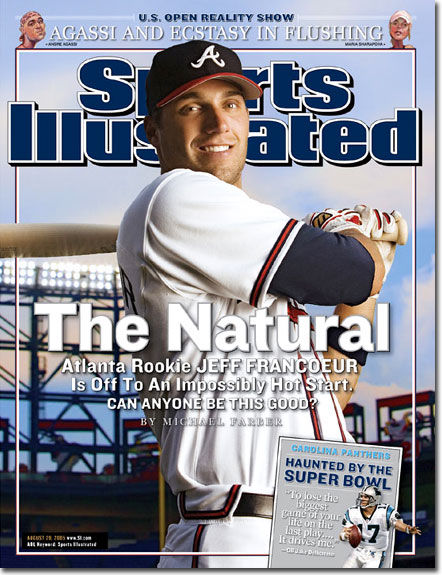 More to come soon. These things take a minute to put together.