Jordan Jefferson Isn't Suspended (Yet), But Don't Expect LSU Fans To Care If He Is

Share All sharing options for: Jordan Jefferson Isn't Suspended (Yet), But Don't Expect LSU Fans To Care If He Is 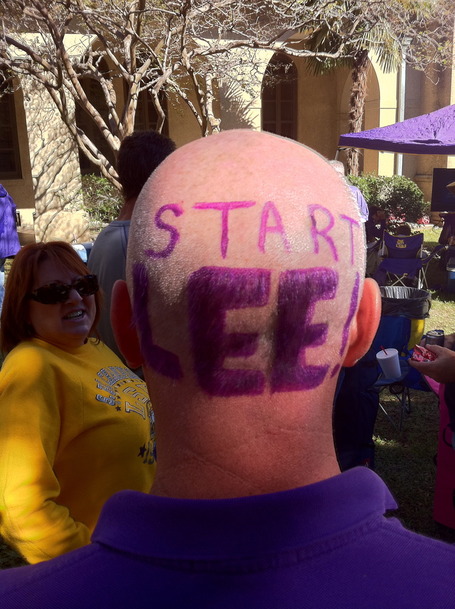 Jordan Jefferson's involvement in a Baton Rogue bar fight might actually be considered a gift to a large majority of LSU fans. Any potential criminal charges would hand the anti-Jefferson contingency their strongest argument to date in favor of dumping the senior for celebrated interception farmer Jarrett Lee or former UGA quarterback Zach Mettenberger. And The Valley Shook is pushing for a suspension of undefined games purely on principle - which usually isn't the case when your team is considered a national title favorite and kicking off in a week's time with a neutral site game against a Top 10 opponent.

Most senior quarterbacks on the precipice of a national title run usually enjoy fan-supplied perks, such as (but not limited to) instant corroborating testimony to absolve wrongdoing, a re-stocked pile of willing co-eds, and in Louisiana, a minimum of three bodies disappeared per semester while playing for the Tigers, and up to five sour real estate deals "purchased away" in your 40s.

These luxuries are not afforded to Jefferson, because he is unpopular, and almost inexplicably so. I snapped the pic above last season before the Tigers would upset Alabama. The peak of fan unrest over Les Miles' unwavering confidence in Jefferson came somewhere between the then-undefeated Tigers losing at Auburn and crested in the anxious days before hosting the Tide. But beating Nick Saban is the strongest of opiates in Louisiana, and the anti-Jefferson argument lost some steam afterwards. FYI, Alabama isn't on the schedule until November 5.

Zach Mettenberger Had Gun Pulled On Him During Fight, According To Report