PHOTO: Georgia Tech Might Be Wearing New Helmets For Opener Against Virginia Tech

Share All sharing options for: PHOTO: Georgia Tech Might Be Wearing New Helmets For Opener Against Virginia Tech

The Georgia Tech Yellow Jackets are getting some new fancy-looking honeycomb helmets for their first game of the season when they travel to take on the Virginia Tech Hokies.

Luckily for everyone, we have a retweet with the honeycomb looking helmets. 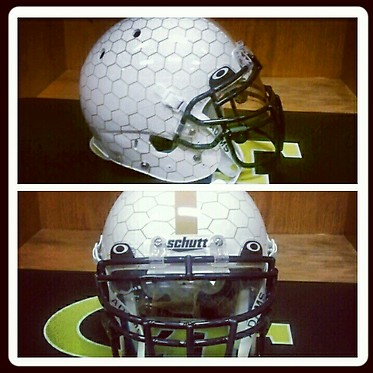 For updates on the game, stay tuned to SB Nation Atlanta. For more in-depth coverage on the upcoming game, visit Georgia Tech blog From The Rumble Seat as well as Virginia Tech blog Gobbler Country. For more news and notes from around NCAA football, head over to SB Nation's college football hub.