Let's be honest. At this point, all the common Braves fan wants is somebody that acts like Bobby Cox. Here's photographic evidence that Fredi Gonzalez is that somebody.

Sure, we want the Braves to challenge for the NL East next year. We'd like a manager who can guide the team's impressive young talent and start a new playoff streak.

But right now, we miss our Grandpa.

If we can't have Bobby, we want somebody just like Bobby. (OK, we don't all feel this way.) Is Fredi Gonzalez Bobby Coxly enough to fill at least a portion of the hole in our hearts? Based on thousands of hours of spent studying Fredi Gonzalez images, I can conclude that he is exactly like Bobby Cox in every required way. 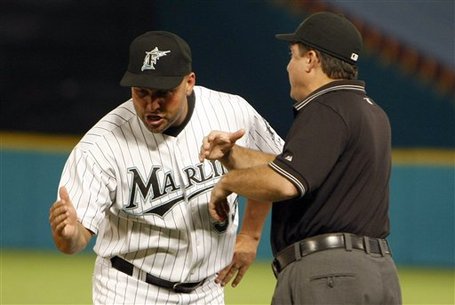 There really are quite a few photos of Gonzalez doing this activity. He's got a long way to go to catch up to Bobby's lofty records, but we can expect to see him get thrown out of multiple games next year, and isn't that enough?

Fredi Gonzalez encourages his players while heftily posted up on the dugout steps, just like Bobby Cox! 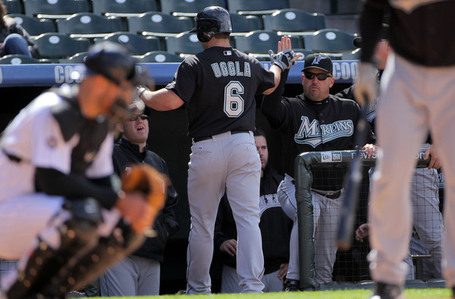 Again, the photographic record is strong. It's tough to say Gonzalez will be able to fill Bobby's shoes, but he'll definitely be able to fill the grooves Bobby's cleats have worn into Turner Field's dugout steps. 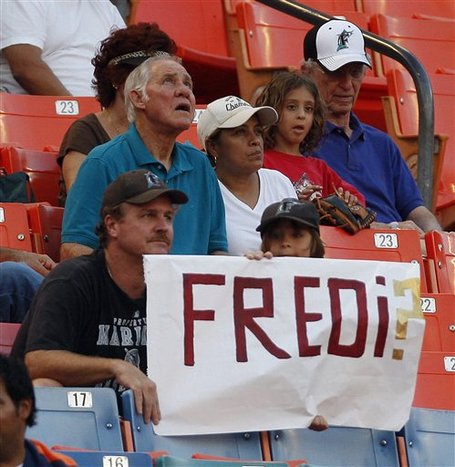 Yes, this sign was created and displayed after he was fired as Marlins manager. These fans are not merely wondering who their manager is. You'll also note red is not a Marlins color. These fans knew where Gonzalez would end up. 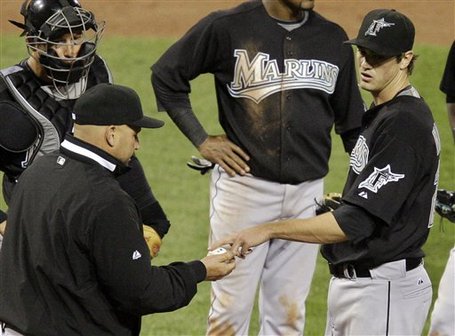 As far as the supply of photos goes, this is Gonzalez' most Bobby Coxly trait. The catalog is vast. I could've done a Top Five Fredi Gonzalez Mound Meeting Photos post, except I would've needed to do five posts of five photos each. One for righties, one for lefties, with jacket, without jacket, and so on. 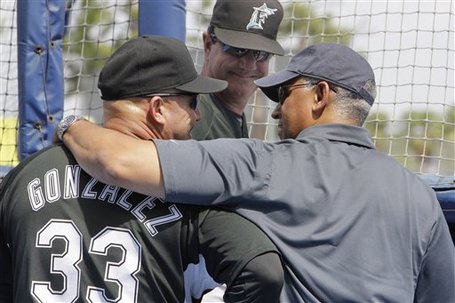 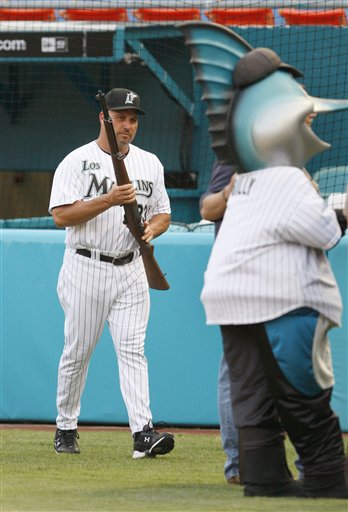 Hunting and fishing -- at the same time, with the same instrument? If there's one way to endear yourself to Georgians, it's smirkily shooting a gigantic fish in public and getting away with it.

All photos via Getty Images.