PHOTOS: Yes, Buster Posey Was Out At Second On Stolen Base Attempt

Share All sharing options for: PHOTOS: Yes, Buster Posey Was Out At Second On Stolen Base Attempt

Buster Posey was called safe on a stolen base attempt, despite not being safe: 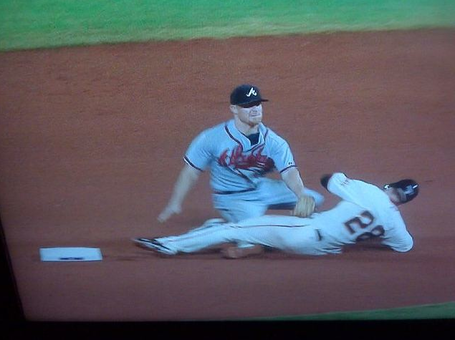 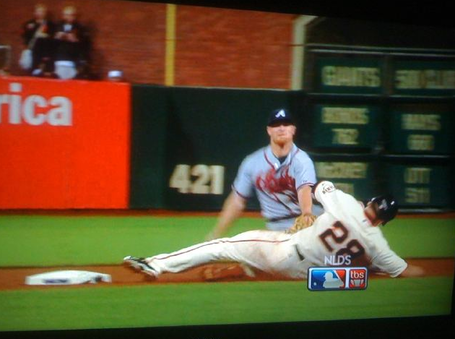 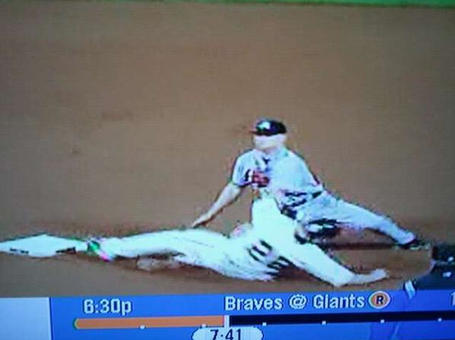 Posey ended up scoring shortly after, which may be a very, very big deal in a game like this. The announcers have yet to point out Posey's outedness, despite reviewing the replay multiple times AND POSEY FREAKING SCORING.

Lowe, Hudson, and Hanson All Pitched Well Against Giants This Year