Counting down the best sendoffs Atlanta's opponents had to offer.

As his final season wound down, Bobby Cox received gifts and tributes from just about every team the Braves traveled to play. Now that the Braves' regular season travels are over, let's reflect on five of the most thoughtful gifts Bobby received from opponents: 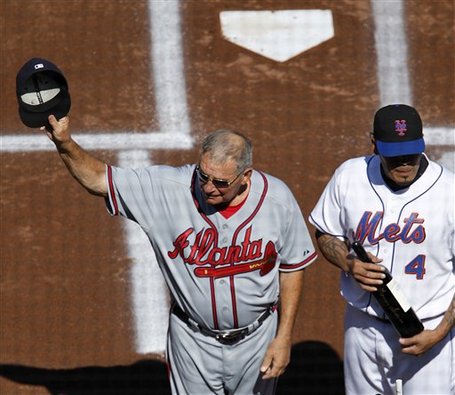 The Mets were nice enough to send their archrival's greatest manager off with a solid supply of antioxidants. 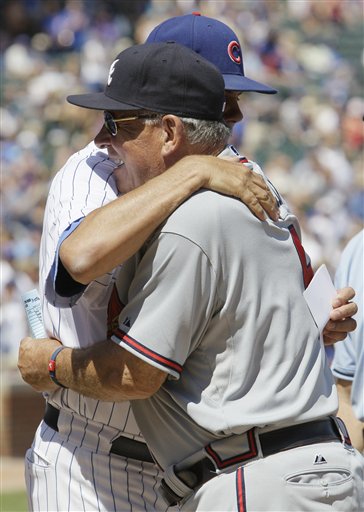 The Cubs had a home plate ceremony and presented his uniform number on the Wrigley scoreboard, but wait! They also convinced their own manager, Lou Piniella, to retire as well, giving Bobby someone to share the spotlight with and a new fishing buddy with time to kill.

A Miller Lite sign outside the rightfield wall, usually used to present taunt-y messages to incoming opponents, was changed to read "Bravo Bobby! Cheers to 29 years!" 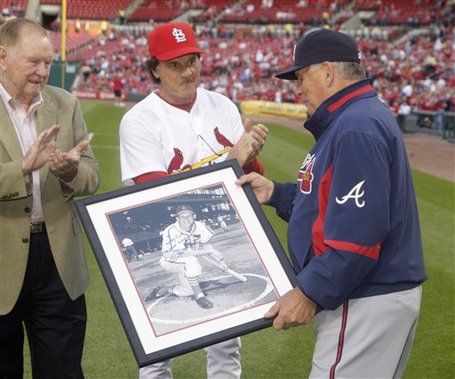 This is a great gift because it could've come from no other organization, and it's all about Bobby.

He'll get around to doing something with the boots presented to him by the Astros, but there's no doubt he hung that personalized picture of Stan Musial, one of his favorite players, as soon as he got home. 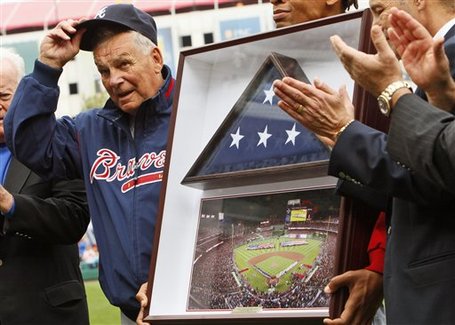 Last week, the Nats presented Bobby with a flag that had flown above the U.S. Capitol and marched the Navy Band onto the field to play in his honor. He's pretty old and remembers the War, so all this government stuff was a can't-miss great gift.

And as if they hadn't already clinched second, a few months ago at some Capitol Hill deal, Bobby was presented with this cake: 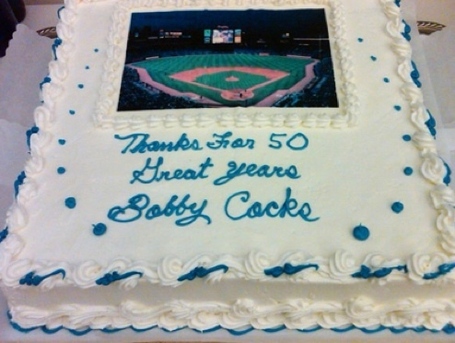 Either that delightful treat or the hero's sendoff alone would be enough for second place, but combined? Good show, Nats.

1. Minnesota Twins and Pittsburgh Pirates: What Bobby Would've Asked For

The Twins and Pirates each donated $5,000 to the Homeless Pets Foundation, a charity he's supported for years.

After going through these farewell tributes at virtually every stadium, a humble manager has been humbled almost to embarrassment. He's called it "kind of awkward" and "almost a bit much," though not for lack of appreciation. Giving money and attention to a cause he believes in surely means more to him than being fussed over by some suits.

Seriously, what is Bobby Cox going to do with a mural of himself? He's not LeBron James, Philly.

From a nearby division rival, you'd expect a call for a standing ovation, at the very least. That didn't happen, but Jeffrey Loria did us one better; he set Bobby's mind at ease by kindly providing the Braves with a Cox-approved successor (maybe).