The '90s were a glorious decade for the Atlanta Braves, which their Sports Illustrated cover run reflects. The Braves made the cover 10 times during the '90s, 11 if you count the throwback Eddie Matthews issue -- and we shall! First, the 1991 season, during which baseball was invented.

I'm not sure how the biggest season in Southeastern baseball history didn't get a SI cover until it was pretty much over, especially once you look at all the zany stuff that did make the cover that year, but here's the Braves only showing from 1991 (there's also one of the Minnesota Twins celebrating their World Series title, which somehow does not include a smaller photo of Kent Hrbek cheating): 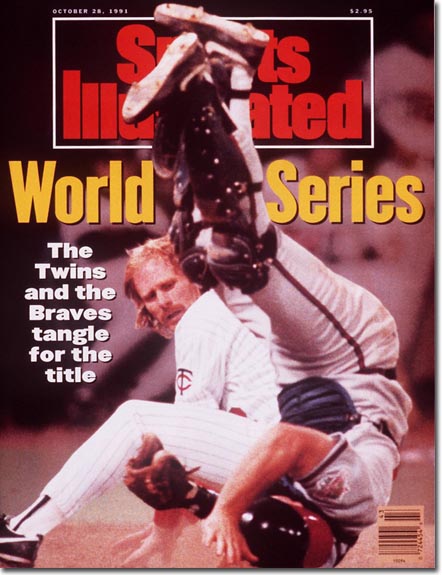 That was followed by a pair of Deion Sanders covers four months apart in 1992, as Sanders made his name as a star for two Atlanta teams. The second one is super, super ugly: 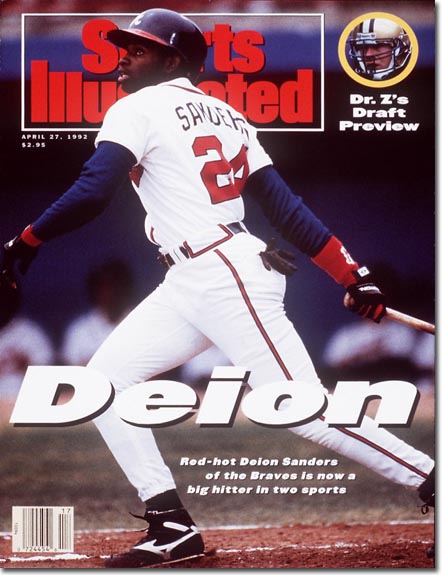 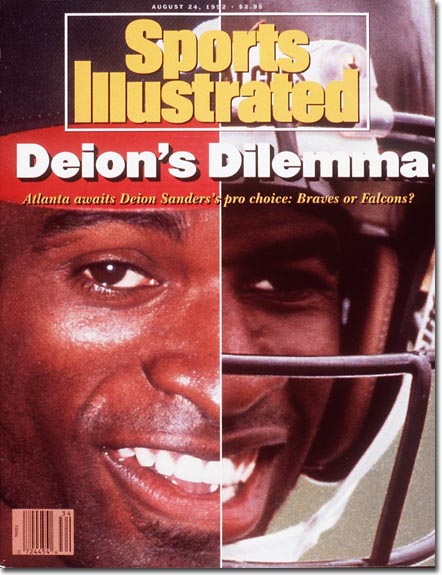 The Braves appearance in the 1992 World Series against the Toronto Blue Jays earned an extremely rare sideways cover, and an always-exciting pitcher-making-tag sideways photo to boot: 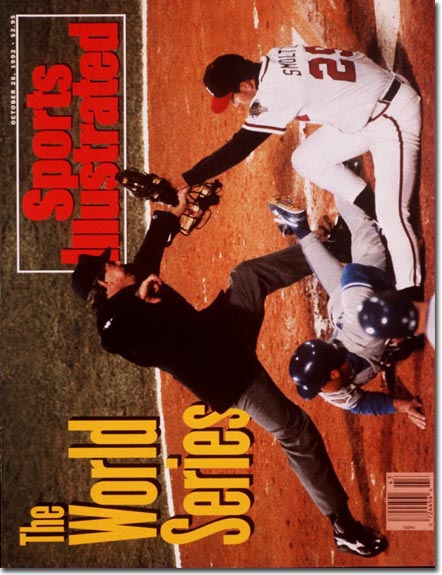 And, again, there was one shortly after that of the other team winning the World Series. Just get used to me saying that. Moving on, here's Ron Gant from 1993, who was going through a big Dr. Dre phase: 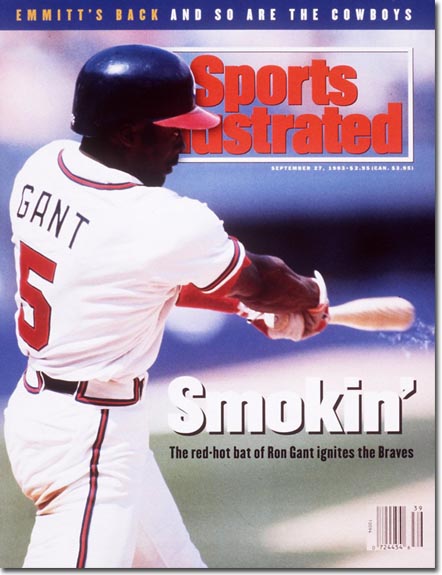 1994 continued the Braves' streak of seasons with at least one cover, though one was a reprint and the other was of catcher Charlie O'Brien doing work on a Met: 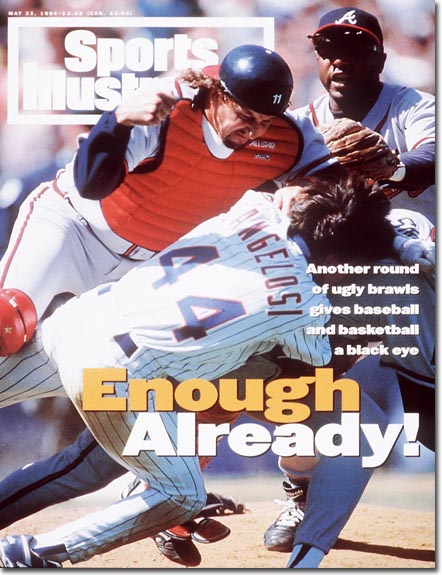 A tribute to the first-ever SI cover, Eddie Matthews of the Milwaukee Braves: 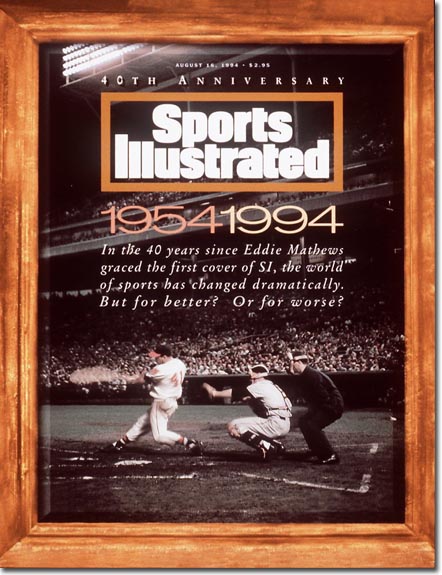 And on to 1995, the most eventful year in Braves history, as far as SI covers are concerned at least. First up, a sad episode from Bobby Cox's time in town: 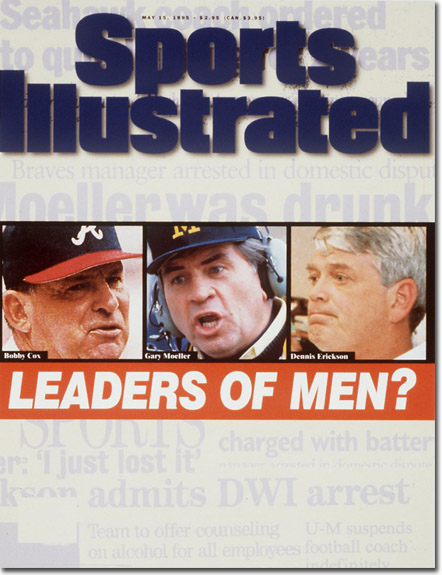 Here's Greg Maddux from August '95. I like those teasers up top. No idea who the next Jerry Rice supposedly was, but I bet he wasn't: 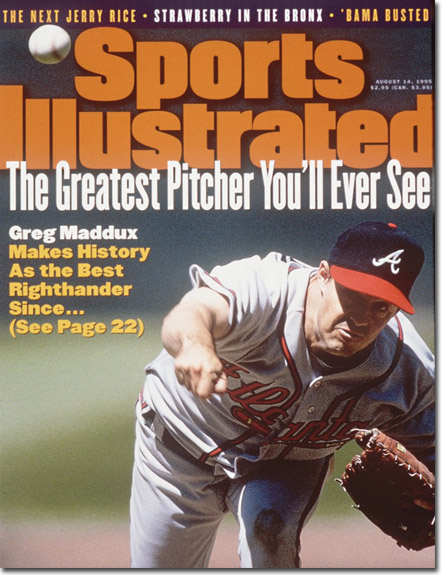 And here we are. The greatest moment in Atlanta pro sports history, part one: 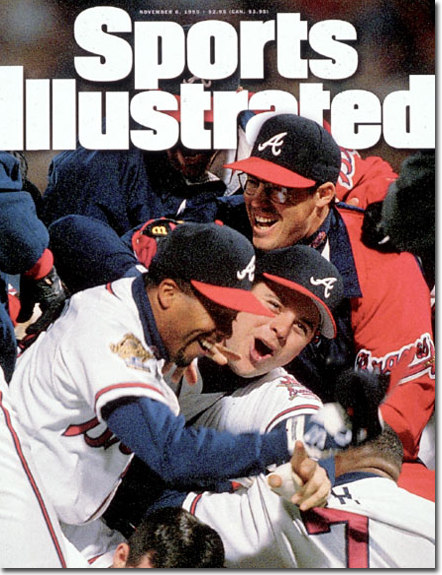 And part two, with David Justice starring on the Braves only World Series title collector's issue: 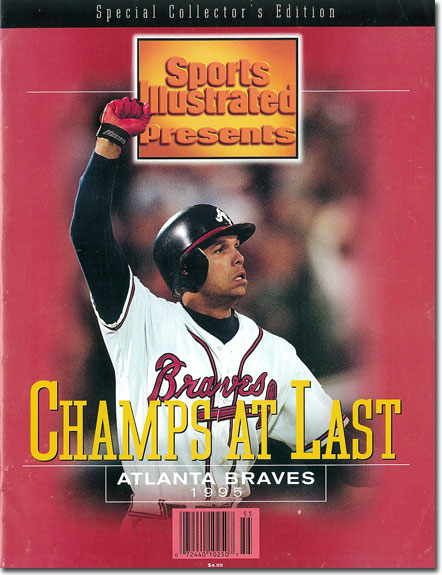