Atlanta Braves minor league manager Luis Salazar was struck in the face by a Brian McCann foul ball during Wednesday's Braves-Cardinals spring training game. Members of SB Nation's Talking Chop community were in attendance and able to get photos of Salazar being loaded into the ambulance that would take him to a medical airlift and of where he was standing before the incident.

The manager, who was assisting the MLB team as a spring training coach, regained consciousness while being taken to a nearby hospital. He was unresponsive for as many as 15 minutes after being hit in the face, with many onlookers fearing the worst.

First, Braves players gathered in silence as Salazar is lifted into the ambulance: 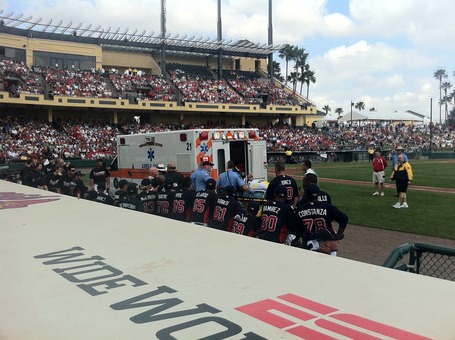 And a photo from earlier in the game, when Salazer (red arrow) had been standing near the dugout among other coaches. You can see how close he was to the plate and imagine how little time he would've had to get out of the day: 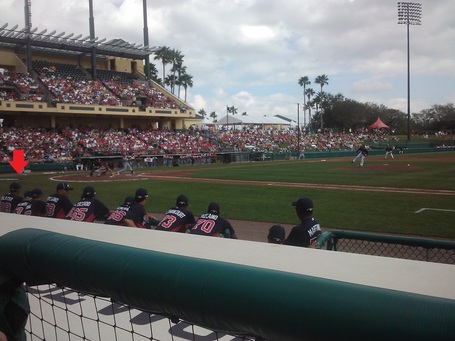 Luis Salazar Back At Braves Camp After Eye Surgery