He even named his first son, Shea, after the old Mets ballpark.

While fans in New York make it a point to boo and harass Chipper whenever he comes to town -- "LAAARRRYYY" chants can be heard whenever he steps to the plate -- they certainly won't miss the Hall of Fame third baseman whenever he calls it quits after this year.

The Braves will certainly honor No. 10 throughout the year, but the Mets? Even they're getting into the spirit of things! 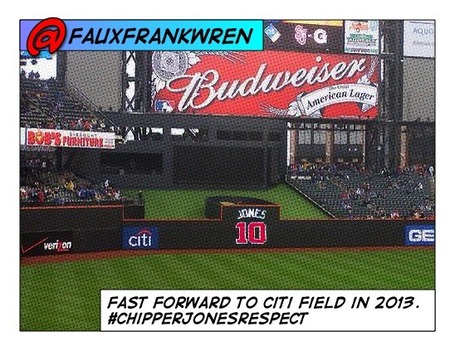 (And no, the Mets won't actually be doing that to Citi Field.)

We're going to miss you, Chipper. Let's make 2012 a season to remember.