Pic Of The Weekend: All Roddy White Does Is Smile After Burying Your Secondary Alive

Share All sharing options for: Pic Of The Weekend: All Roddy White Does Is Smile After Burying Your Secondary Alive

Not only does Falcons WR Roddy White lead the league in receiving yards, catches, and game-saving forced fumbles by a wide receiver, he also dominated Sunday's smiling rankings, usually headlined by Steelers WR Hines Ward and Cowboys QB Tony Romo. Here's White running into the end zone as a Bengal tickles his midsection: 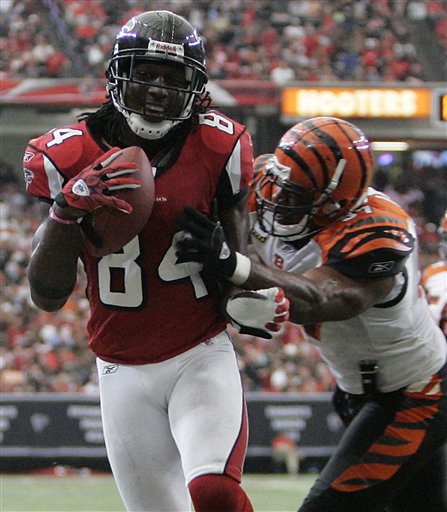 And here's White smiling after hauling in a ludicrous two-point conversion: 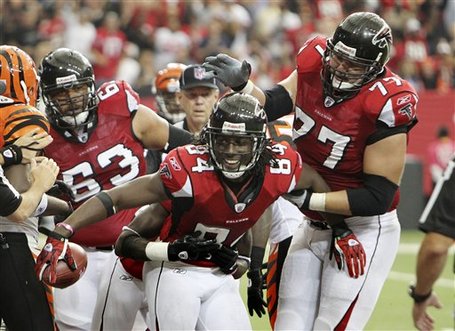 Did he smile after his first touchdown as well? Do not worry; he did: 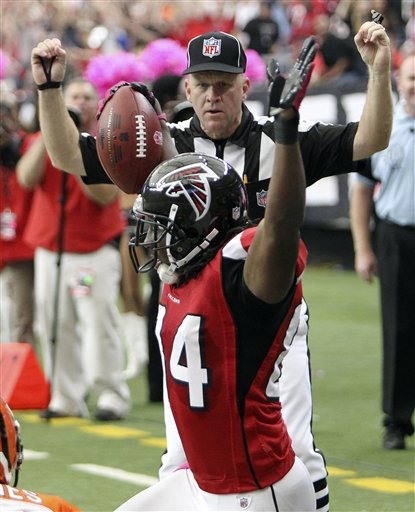