Hello! You've clicked here after seeing the most rrrrrrandom headline of the day. Thursday night, Carolina Panthers defensive end Charles Johnson tweeted the following photo of himself and Dan Akroyd of all people (Johnson also tweeted, "I yelled out ghostbusters lol") You'll note he's wearing an Atlanta Falcons had, which has caused some concern in Aqualand. 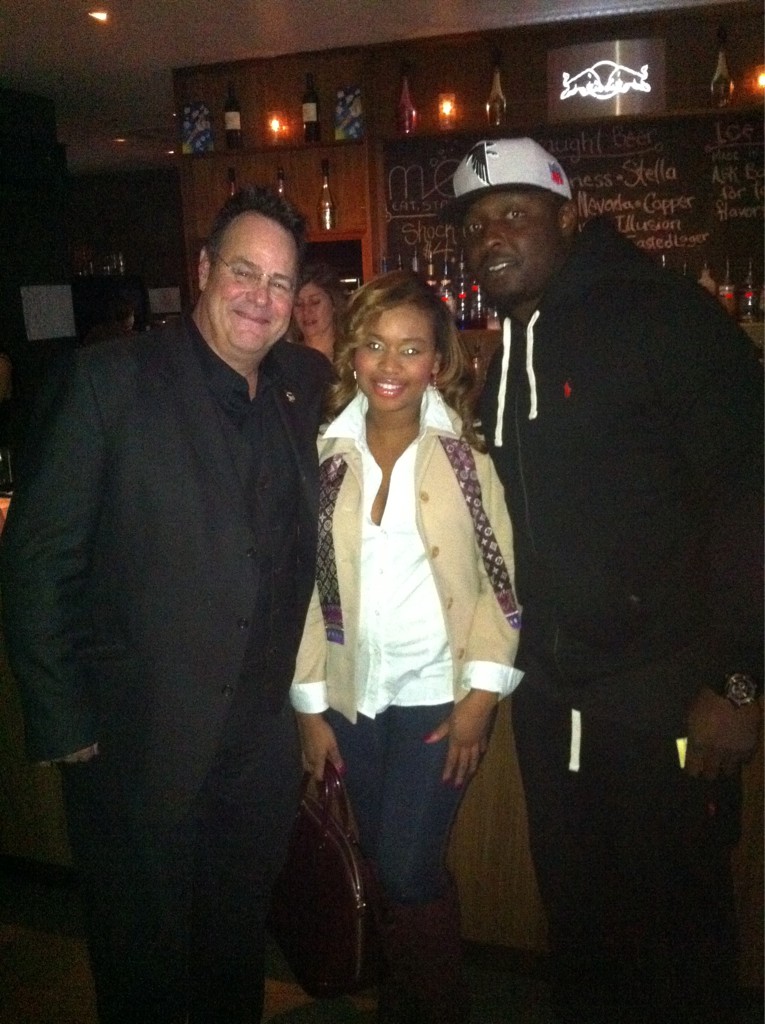 In response to what had to have been a sudden uproar from Panthers fans, Johnson followed up with the following:

Lol the hat is a old school Atl falcon hat. Yall tripping lol. I can't wear whatever I want. Whatever hat I want. I know what team I play for on Sunday. If u question that then that your fault. Matter a fact umma make that pix my Avi. Anybody that said stupid comments about my hat bout to get block. So if it's you then. See ya!! #RideorDie fans only on my twitter.

Whatever. He's from Georgia and played for the Georgia Bulldogs, so surely he grew up with affection for the world's most majestic sports logo.

Considering the Falcons are a division rival and courted him in free agency before Carolina offered him $infinity, maybe Panthers fans have cause for disappointment. But it's really not a big deal. Who could resist wearing a cap with that logo? I know I sure can't.

Now if a Falcons player was spotted wearing a Saints hat around town, on the other hand ....