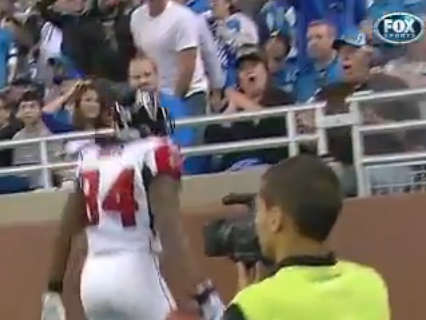 The Atlanta Falcons broke out their no-huddle attack during a two-minute scoring drive against the Detroit Lions. There was much consternation among the FOX crew about the noise level in Ford Field, but the offense moved more smoothly than it had at any point in the game so far, with Tony Gonzalez and Michael Turner making big plays before Roddy White pulled in a delicate lob from Matt Ryan.

That's only White's third touchdown on the year after he put up a total 21 in 2009 and 2010. Atlanta's offense has taken a while to get going, but with 17 points in a tough road venue and against a spirited defense, it's tough to say it's looked better than it has today.

But the third quarter approaches. Third quarters are always the worst.

For more on this game visit Falcons blog The Falcoholic and Lions blog Pride Of Detroit, plus SB Nation Detroit.