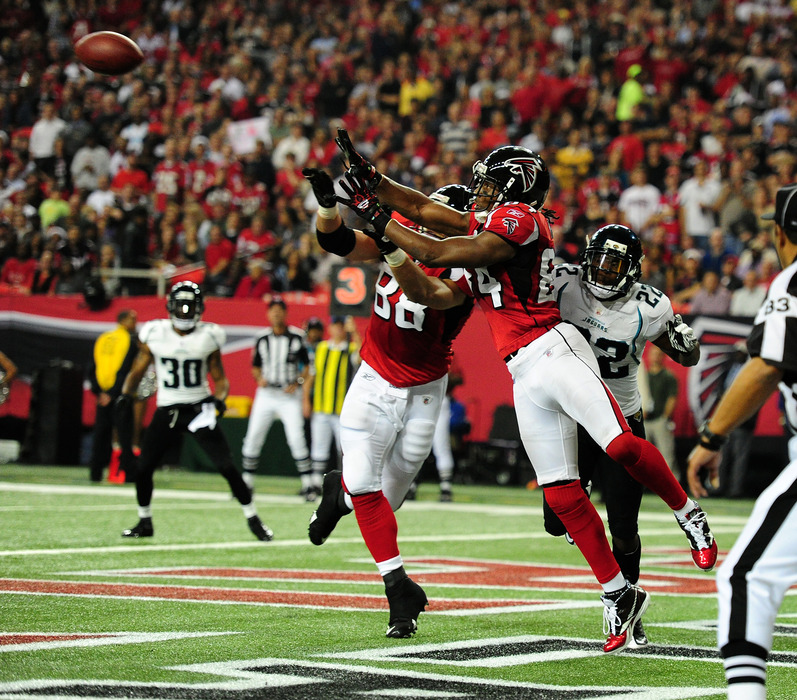 Atlanta Falcons wide receiver Roddy White finished Thursday night with two touchdowns, but if things had gone according to Matt Ryan's plans, he would've only had one. One of White's came on a pass intended for Tony Gonzalez in the back of the end zone -- after the game, Ryan praised White for forcing Atlanta's only interception of the game.

White explained the traffic by saying the play called for a stick route and Jacksonville was in man-to-man coverage. I'm not sure what route White was supposed to run, but he made up a pretty good one on the fly. You can see presumed primary receiver Harry Douglas run the stick, setting up shop wide open near the goal line, but Ryan took the opportunity to throw into ... whatever the opposite of double coverage is.

Watch as White stands up after the catch, sheepishly looking in Gonzalez' direction.

For more on the Falcons, visit The Falcoholic. For Jaguars news and notes, check out Big Cat Country. For everything NFL, visit SB Nation's NFL page.