You can read the complete 134-page plan for the proposed new Atlanta Falcons stadium to be built north of the Georgia Dome, or you can allow me to provide you with the highlights. You already know the building would need to be built just north of the Georgia World Congress Center, that it would cost $700 million, and that it would not affect the Georgia Dome's standing, other than adapting the Dome to becoming primarily a trade show center rather than a football facility.

There are tons of notes on everything that could possibly go into the design of a football field, from locker room dimensions to the number of broadcast camera stations, but not much concept art or anything fun to look at, other than very basic designs like these: 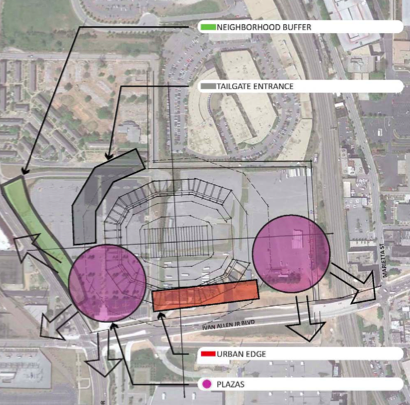 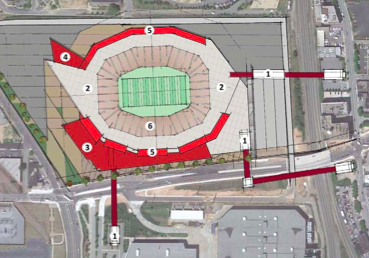 Here are a few other items from the proposal:

Size: 25 acres for the entire facility, and 1.9 million square feet for the building itself.

Also, the press box would be able to house 165 writers, five radio broadcast teams, and a TV announcing setup.

Amenities: All the standards, plus a NFL Play 60 center for kids and a 23,000-square-foot Hall of Fame of some sort.

Parking: There are many, many pages on parking and traffic. I did not read any of them. One part does mention using the Georgia Dome's parking.

There's also a long section on altering the Georgia Dome for its new phase, including images like this: 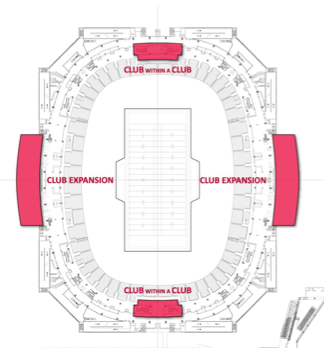 Plans For An Open-Air Falcons Stadium Causing Debate In Atlanta