Cam Newton, Ryan Mallett, and Blaine Gabbert have been given Carolina Panthers playbooks to study, reports ESPN's Adam Schefter. Apparently Carolina is giving serious thought to this whole draft-a-quarterback thing, which delights your Falcons-fan correspondent to no end. SERIOUS QUESTIONS, however:

Ryan Mallet and Cam Newton know how to read?

Why wasn't Jimmy Clausen invited to this study group?

How hard is it to memorize a playbook that's just the following photograph over and over? 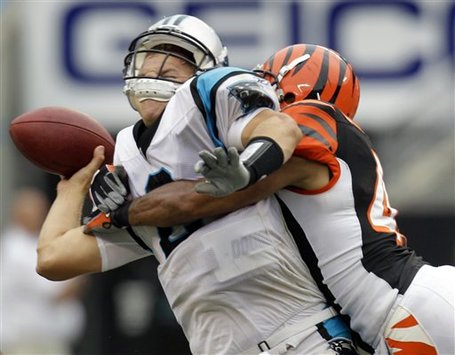 Which one is Jeff Winger? I definitely think Ryan Mallett is Starburns and kind of think Cam Newton is Magnitude. Also, Gene Chizik is Troy and Bobby Petrino is Senor Chang.

These questions all exclude Blaine Gabbert, because he'll obviously be sitting much, much closer to the front of the room than our beloved SEC knuckleheads will.