This photo is dark, so I don't know whether that's Falcons and Dawgs LB Akeem Dent, Akeem Dent's friend, or a photo Akeem Dent found. If it's the latter, he's the first to share it with Twitter, and thus wins anyway, as his Internet game is supreme.

Planking, you have met your demise. Until somebody planks the Washington Monument, consider this case closed: 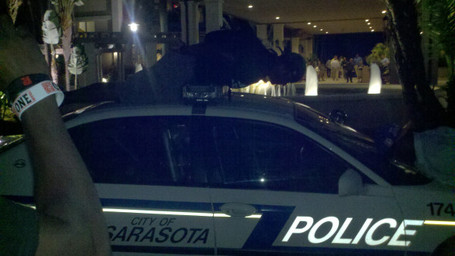