Concerned Atlanta Falcons fans have made note of a published squealing fart by a ESPN New York columnist named Rob Parker, who has written the most recent column anyone has ever written about Atlanta being a bad sports town.

(If you'd prefer intelligent cross-cultural discussion, I must recommend this morning's piece by Michael.)

It's far from the best of the genre. Mr. Parker, I could write a better column than this about Atlanta being a bad sports town, and I actually know better, but here we are -- I even took the time to make a HTML table, and you know that means business:

The return key has been pressed. A column is underway. It's important to note this is a column.

And, we know, it really shouldn't matter.

We know it's important to note this is a column because columnists never actually believe anything they're writing.

But Atlanta -- the city, not the team -- doesn't deserve a playoff victory over the New York Giants on Sunday.

Fielding 5 million people would be against current NFL playoffs roster limits. You are correct.

It has nothing to do with football. It's deeper than that.

Without question, Atlanta is the worst sports town in America.

If the New York Yankees are the standard for excellence in baseball, Atlanta is the epitome of the bottom of the barrel when it comes to fan support.

Hence, the Atlanta Falcons shouldn't be allowed to win and reward some of the worst fans in the country. They just don't get it. They are both missing in action and simply not passionate enough to appreciate their team winning in the NFL playoffs and moving on to the next round.

The Falcons have ranked in the NFL's upper half in attendance for most of the past decade. Giants fans: apply this logic evenly and note your own Rob Parker just called for the immaculately attended Washington Redskins to win the Super Bowl every year. Cool?

Giants fans -- even with a fresh Super Bowl in their memories after the 2007 season -- are living and dying with their team. Football is a part of their lifestyle, it's who they are. On Sunday, every single moment of the game will be pure agony until the clock shows all zeroes and the Giants have secured the victory.

God bless long-suffering Giants fans for their resolve in the face of having to cheer for one of the oldest, most successful and most entrenched operations in pro sports. You can't imagine how natural it feels for us down here in yeehawtown to take glory like the following for granted:

Your typical Atlanta fan -- who is probably from another city since so few are actually from ATL -- will be preoccupied with something else -- perhaps even picking peaches. Is it peach-picking season? They might not even be sure what time the game is on.

I was born in Atlanta. I've cleared my Sunday schedule. New Jersey, home of the Giants, often produces more peaches than Georgia does. That might be racist somehow. The game's at 1 p.m. ET.

In fact, at some point, they might ask a friend -- filled with sweet tea -- at a pork-saturated barbeque, "Are the Falcons playing today?"

Atlanta's last home playoff game sold out in under six minutes. Should've used a Coca-Cola joke. Atlanta resides in pork country, but is decidedly neutrally meated. You are wrong about everything.

But it's Atlanta, known as Hotlanta.

It's not for their passion when it comes to sports, just the weather. Oh yes, it gets hot down there.

God it would be so stupid to make up a never-used nickname for a city based on "passion when it comes to sports." It's two degrees from freezing right now.

Atlanta Braves attendance annually ranks in MLB's upper half despite the fact that they don't play college football.

All of their teams have suffered from terrible support.

Just ask the Hawks. Atlanta's young and exciting basketball team has had problems selling tickets over the years -- even during a pretty thrilling playoff run a few years back. It's not like they play in a dump on the bad side of town.

Calling Joe Johnson "exciting" might be the boldest claim you've made yet.

The Philips Arena downtown is sweet, a cool place to see a game and be a part of the city as well. Yet, on most night you can get a section to yourself.

Even back in the old Omni days when I covered the Knicks for the Daily News, there were always more Knicks fans in attendance than Hawks fans -- and they had Dominique Wilkins, the Human Highlight Film. Shame more didn't see him play in person.

Common fallacy. New Yorkers like to move to Atlanta. Not our fault they don't leave their allegiances behind. I think it's great. Your town is a great sports town because it has many Knicks fans? Oh, our town has many Knicks fans too. Guess we're all great.

Sadly, there always seemed to be empty seats at Turner Field when the Braves were in the playoffs as well. You still have to wonder how fans got tired of the Braves winning. They had the best pitching staff in Major League Baseball for a decade and won a World Series back in the '90s. Fans should not have missed a pitch during that run.

Nobody goes to baseball games.

Worse is the lack of passion the fans showed after an epic Braves collapse this season. Looking like a shoo-in most of the season, the Braves, who were 8½ games up in the National League wild-card race to start September, gave up their postseason spot on the last night of the season. The Braves went 9-18 in the final month, including a five-game losing streak to end the season. It allowed the St. Louis Cardinals to get in instead en route to winning the World Series.

Heads should have rolled. Instead, Braves first-year manager Fredi Gonzalez wasn't under fire from the fan base and will be back this coming season. Again, most probably didn't even notice.

Twenty-two teams miss the playoffs every year. The Mets never make the playoffs. So many rolling heads.

We keep trying that.

It's bad enough Atlanta got another hockey team, the Thrashers, after losing one already, the Flames in 1980. But it happened again -- the Thrashers are now in Winnipeg, Manitoba. Winnipeg? How embarrassing. Atlanta is once again hockey-less. Why? Terrible fan support.

Better than the New York Islanders every single year of their Atlanta existence.

The NHL wanted to believe Atlanta is a major-league city, a city that could support all four major sports. But it can't. Atlanta is now the first city in the NHL's modern history to lose two hockey teams. So sad.

Is New York the only city to lose multiple MLB teams to other cities?

That's why it would be a waste for the NFL gods to allow the city of Atlanta to lukewarmly enjoy a postseason win.

There are people in the world who think the 2011 Falcons fan is to blame for the exit of the 1980 Flames, which happened due to a broke owner being made a Godfather offer elsewhere.

The city and its lame fans simply don't deserve it. 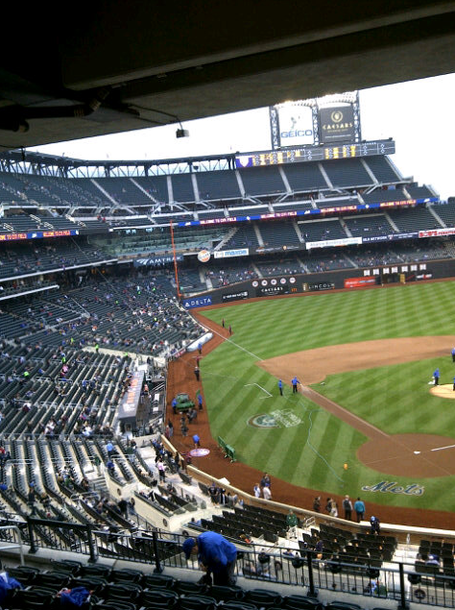