By "interested," of course, all that means is that Garcia engaged in a lengthy discussion to a Falcons scout, according to Scout's Aaron Wilson. For those of you with any interest in SEC football, you all know the story on Garcia. The former quarterback of the South Carolina Gamecocks has a checkered past, to say the very least.

While at USC, Garcia was suspended four separate times for multiple violations of team rules before ultimately being dismissed from the team this fall. He has a four year-old son at the age of 24. He's also been arrested multiple times, all of this occurring before he's even arrived in the NFL.

And yet despite all of this, the Falcons signing Garcia to the practice squad wouldn't be a bad move.

First off, here's Garcia's spiel on how he's become a changed man:

I’ve learned how immature I really was. I just didn’t know exactly how important everything was until after I made all of those mistakes. I was trying to be like every other college kid, but you can’t do that as a starting quarterback for an SEC team. Looking back, it sucks. I have nobody to blame but myself.

Now, do I really believed that Garcia is the type of guy that could even change his ways if he wanted to? Not at all. I'm sure getting kicked off the team sent some sort of message, but there's no doubt he'll still make dumb decisions. He is Stephen Garcia, after all: your friendly neighborhood alcoholic, delinquent QB.

But if he were to become associated with the right guys in the Falcons locker room, perhaps we could see a "Patriot effect" work itself on Garcia. The risk is also non-existent, because the second Garcia screws up the Falcons can cut him with almost no loss.

In terms of talent, Garcia definitely possesses his fair share. He'd be no worse than incumbent John Parker Wilson as the team's No. 3 quarterback. With Chris Redman set to become a free agent, Wilson may be in line for a promotion to primary backup as well.

Also, let's remember that this is far from strong interest. Garcia talked to a Falcons scout- along with several other from different teams- and this is nothing more than speculation of interest. And let's be serious with ourselves for a second: do we honestly believe that this guy will become a straight-laced professional overnight? 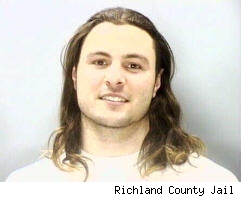 Nope. I didn't think so.

For more on the Falcons, check out The Falcoholic. For everything Combine and Draft-related, head on over to SB Nation's NFL hub page.