Bruce Irvin- Getting Attention Around the Division

Share All sharing options for: Bruce Irvin- Getting Attention Around the Division

It's not often you get to share the name with a video game character, but such is the life for West Virginia OLB Bruce Irvin, and it's pretty freakin' awesome. Sure, he has a rather 'every man' name, but heck... he's a character from Tekken- so that shouldn't matter 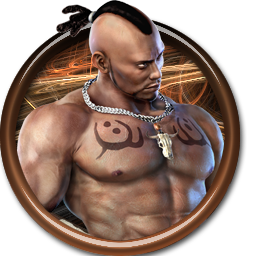 We were talking about football, weren't we? Thankfully Irvin is pretty good at that too. So good, in fact, that both the Panthers and Buccaneers have visited with the Mountaineer and now he's getting some buzz around the NFL. While he hasn't yet met with the Falcons it wouldn't surprise me if he does. Slated to be selected in the 3rd round he would fill Atlanta's need to upgrade the pass rush, and give them a much needed spark.

He's a player who has the ability to play with a hand in the dirt at DE, and as an outside linebacker. While he struggles against the run, he's a fantastic pass rusher who has a nose for getting to opposing QBs. Furthermore, with sub-4.5 speed he's a guy the Falcons could use as an 'anti-Cam Newton' to spy the young QB, and harass him. This was a technique the Panthers employed when they selected Thomas Davis in 2004, solely to get to Michael Vick.

A picture speaks a thousand works, and a video gives you a lot more than that. Watch for yourself and see if you like Irvin as much as I do.

He's really a player who has a multi-faceted set of skills that would give the Falcons some defensive options; and with some time to learn and hone his skills from someone the caliber of John Abraham he could wind up being a force in the division. When you see a player like that, and they're available in the 3rd they become too good to pass up.