Nike unveiled the new 2012 NFL uniforms on Tuesday. You can get your first look at the new Falcons uni right here.

On Tuesday, Nike unveiled the new 2012 NFL uniforms for each team. Nike will be taking over the uniform and jersey license from Reebok starting this year and held a huge press conference and show to reveal all the new looks the players will be sporting this year.

There are not a whole lot of changes to be had for the new Atlanta Falcons outfits this year, which is probably a good thing. Nike made some minor tweaks, including a new collar that will be on all of the team jerseys, but overall it was not a major departure. 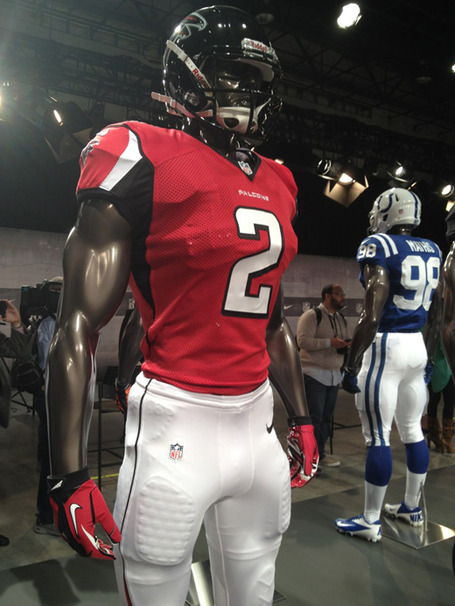 The new NFL jerseys will be available for pre-sale beginning on April 15, with official sales beginning April 25 and 26.

For all news and information regarding the Atlanta Falcons, please visit The Falcoholic.