Share All sharing options for: Joe Johnson Returns To Arkansas For Mike Anderson's Debut With The Razorbacks 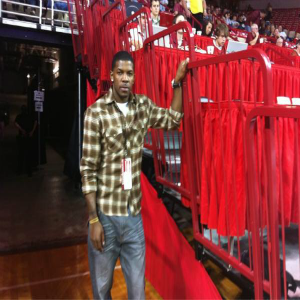 With the NBA Lockout in full swing, Atlanta Hawks guard Joe Johnson has a lot of time on his hands. The former Arkansas star took in Mike Anderson's debut as head coach of the Razorbacks. Anderson has made a big effort to have the Arkansas program return to its roots and is trying to getformer coach Nolan Richardson and former players like Johnson involved.

Anderson on Nolan, Joe Johnson, etc: "It's great to see the building alive. That's Razorback tradition, the guys this program was built on."