We write freely about the SEC, NL East, NFC South and ACC here, but writing about the NBA Southeast has always felt weird, since nobody knows exactly which basketball teams are in which division anyway. But let's try!

The Washington Wizards unveiled new uniforms today (many more pictures plus video at SB Nation DC), some nice red-white-and-blue quasi-retros that bridge the team's present and past. They look great, but ... well, that's the exact same strategy as the Buffalo Bills apparently used in their 2011 redesign. Never a good sign! 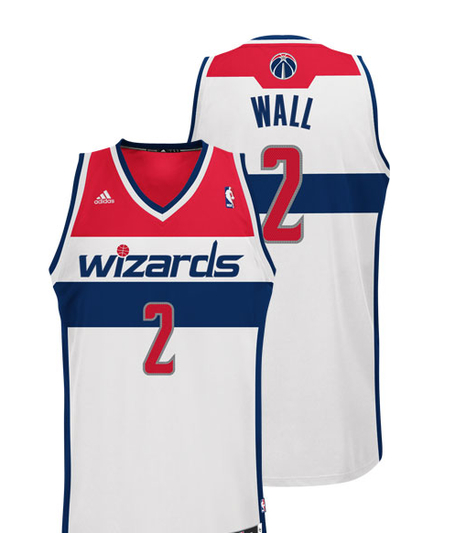