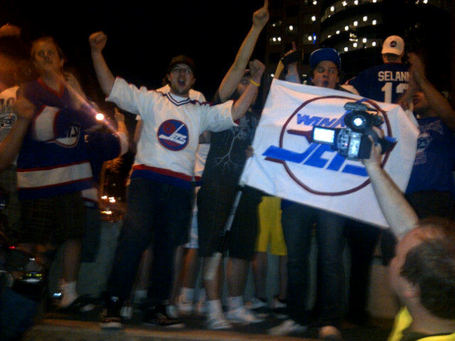 You should assume the Atlanta Thrashers will soon become the Winnipeg Jets. While the sale from the Atlanta Spirit Group hasn't been made official, the deal hasn't been approved -- wink, wink -- by the NHL and the relocated team hasn't officially been christened in honor of Winnipeg's former NHL team, don't hold your breath for any news contrary to any of those steps.

After Thursday night's news of the Thrashers' very likely departure, Winnipeg hockey fans rushed to Portage and Main for a celebration.

Above photo via @illegalcurve. More photos and videos below: 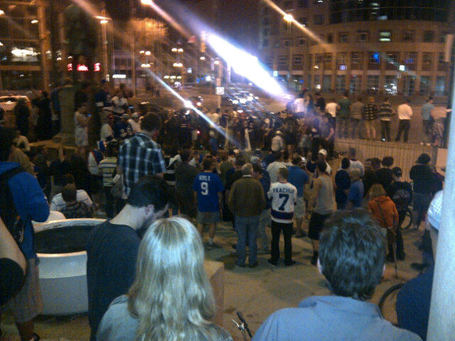 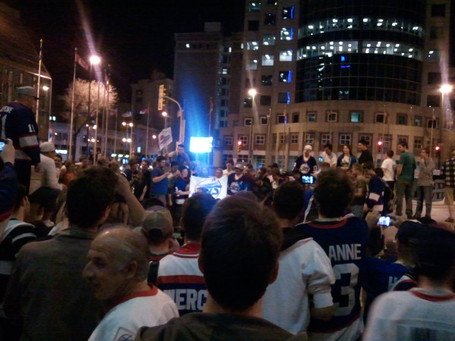 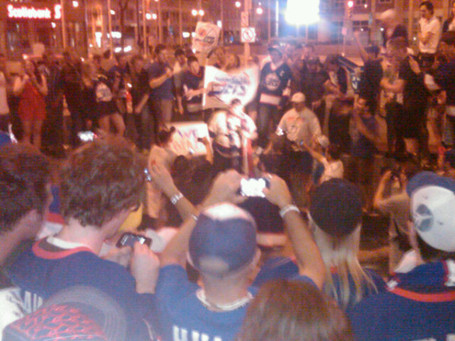 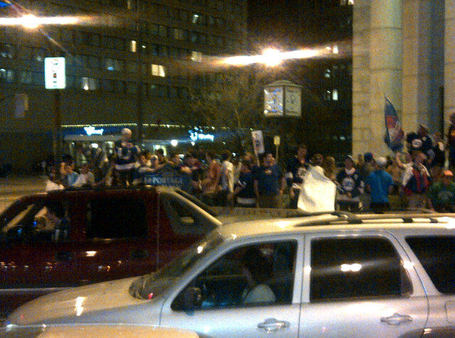 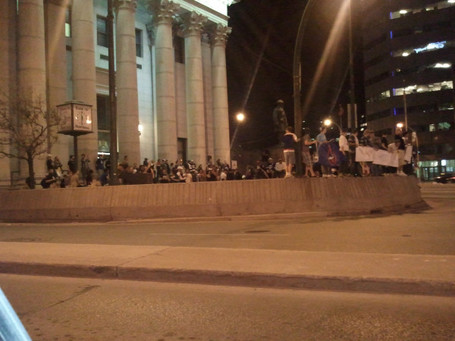 Certainly the actual, official rally at the announcement of the team's return will be much bigger, perhaps even within an order of magnitude of that legendary 35,000-strong rally they had when the Jets left 15 years ago. But after looking at a few dozen photos I'd have expected to see about the same numbers outside Philips Arena Thursday night if it'd been announced the Thrashers were staying in Atlanta. Wouldn't you?