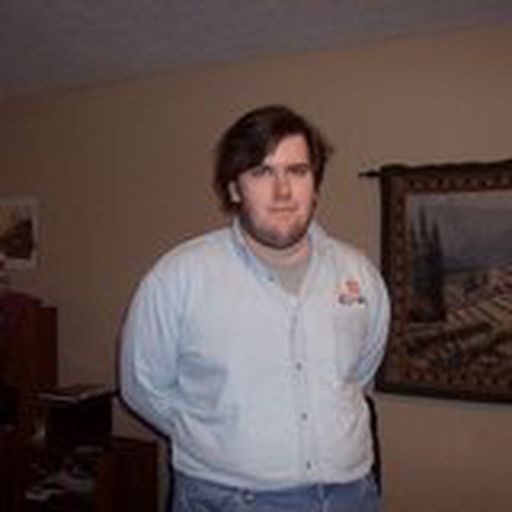 I'm a lifelong NASCAR fan from Georgia. Lifelong only equates to about a quarter-century or so, but still. I've studied the sport religiously and clung to every detail I could, and its served me relatively well, I guess. On race day, I am as ferverent a Tony Stewart fan as you will find and even during the week I can be found on Tony Stewart fan sites and talking with other fans (or arguing with his detractors) on Twitter. He's been my guy since May of 1998. Its pretty cool to be able to say I was on Tony's bandwagon when short track fans around the country knew him well, as did the fans in the IRL (where I discovered him, obviously), but aside from his occasional starts in the Busch Series, most NASCAR fans had never even heard of the guy. As a writer, I'm a fan of all the drivers. Even guys I don't root for on race day, I find their good points (and the faults of the guys I DO pull for) and then try to write it out to the best of whatever writing ability I may have and without bias towards or against a particular driver. I may reference being a fan of Tony Stewart or the other guys I like (Bobby Labonte, Kevin Harvick, Mark Martin, Bill Elliott, David Ragan, Martin Truex, Juan Pablo Montoya), but I'll never write something driven by fandom. If I write it, its because as an unbiased wannabe racing writer, I believe it in my head and heart. As a cartoonist, I try to bring humor to this sport I love and to the folks I love: race fans. I get as much out of genuine laughter at one of my cartoons (well, as long as it's at the material IN the cartoon and not at the cartoon itself) as I do out of compliments on a story I've written. Besides NASCAR I'm a pretty big fan of the Atlanta Braves and while I have pretty diverse interests when it comes to music, my main man is John Mellencamp. I also love writing fiction, looking at pretty girls, collecting 1/64 NASCAR & Hot Wheels cars and stuffed animals, and daydreaming.

NASCAR's third-tier Camping World Truck Series will not return to Atlanta Motor Speedway in 2013, replaced instead by a race in Canada. Third-generation racer Ty Dillon won the final truck race at AMS this past September.

Brad Keselowski won the 2012 Sprint Cup Series Championship Sunday, besting Clint Bowyer by 34 points. Jimmie Johnson fell out of the race and dropped to third. Jeff Gordon won the Ford 400 for his first win at Homestead and the 87th of his career.

Kyle Busch complained of mechanical woes on his No. 18 Toyota Camry, but it didn't keep him from leading at the 100-lap mark of today's Ford Eco-Boost 400 at the Homestead-Miami Speedway. Brad Keselowski ran eighth at the century mark.

Kyle Busch shows the early pace at Homestead-Miami Speedway, closing down what he has described as his worst season ever. Point leader Brad Keselowski runs fifth after 30 laps, well within where he needs to be to win the Sprint Cup championship.

Brad Keselowski won the 2012 Sprint Cup Series Championship Sunday, besting Clint Bowyer by 34 points. Jimmie Johnson fell out of the race and dropped to third. Jeff Gordon won the Ford 400 for his first win at Homestead and the 87th of his career.

Tony Stewart makes his 500th-career start this weekend in Miami, and SB Nation Atlanta's NASCAR contributor reflects on life as a die-hard fan of the man known to the NASCAR Nation as Smoke.

The No. 00 SR2 Motorsports Toyota driven by Blake Koch will compete in support of Tripp Halstead, the 2-year-old Atlanta boy who was injured last month by a falling tree limb

The 2012 Sprint Cup season draws to a close

The 2012 NASCAR Sprint Cup Series season draws to a close with this weekend's Ford Eco-Boost 400. Brad Keselowski holds a relatively comfortable point lead, a far cry from Tony Stewart's dramatic race and championship victories of a year ago.

In the wildest race of the 2012 Sprint Cup campaign - one that saw the point leader crash and a brawl between two rival teams - it was Kevin Harvick who got his first win of the 2012 campaign. Brad Keselowski finished 6th and took over the point lead

Jeff Gordon intentionally crashed Clint Bowyer to draw a caution flag just as Kevin Harvick was about to get to the white flag. Gordon and Bowyer's teams then engaged in a brawl after the accident