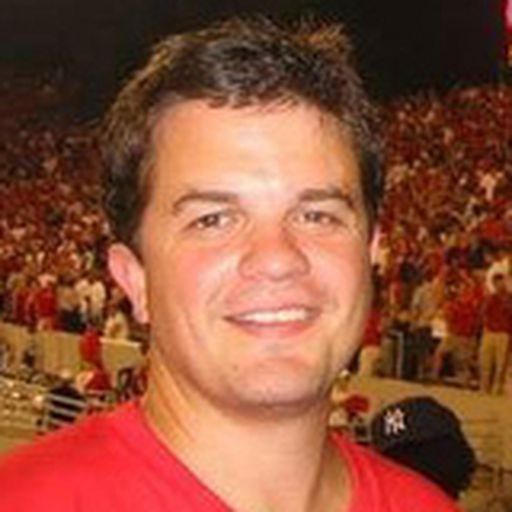 I am a native Atlantan (Northside Hospital, represent), a University of Georgia graduate, lifelong Braves fan, and Falcons season ticket-holder. I survived the bubonic plague in '85, once found an Atlanta Brave passed out on my couch, and worship the films of Sylvester Stallone. Tailgating is my art, and I create masterpieces that'll make you cry.

It's the NFL's Week 17, when gambling takes on a hint of homework. You gotta know who's trying for the playoffs, who's already there, who's playing for pride, and who's (maybe) playing or the number one draft pick. The lines - and the scenarios - are here!

Give the gift of gambling this holiday season! The NFL has a full slate of Christmas Eve games, continuing to Monday's epic Falcons-Saints rematch. The picks are here!

With two Week 15 games already in the books, the playoff picture becomes clearer with today's NFL action - and your chances on padding your own pockets are running out as well. The picks are here!

It's the last month of the season, and all becomes clear: your team's postseason chances, your fantasy squad's possible run at a championship, and how much you're going to have to wager to end this year in the black. Week 14 lines are here!

The oddsmakers anoint Tim Tebow as a road favorite, think the Falcons are evenly matched with the Texans, and figure the Packers just might be human after all. Week 13 picks are here!

With three games already out of the way, the NFL's week 12 slate appears a little sparse. The opportunity for financial gain is as strong as ever, though, especially with names like Matt Leinart, Toby Gerhart and Vince Young heavily in the mix. The lines are here!

There are spreads big and small in the NFL's Week Eleven, and money to be made with all of them. Walk the minefield with care, though, and pay attention to the starting quarterbacks - don't get blown up by a Skelton, Palko or Young.

It's an amazing NFL week, with nine match-ups seeing a point spread of four or less, and five that could legitimately claim "Game of the Week" status. Tread wisely, young gambler.

A lucky 13 games await fans in Week 9, including Atlanta back from its bye week (allegedly), a Bucs-Saints rematch in The Big Easy, and Jay Cutler getting sacked in cold weather. The picks are here!

Week Seven is highlighted by Tebow-mania in Miami, the possible return of Carson Palmer, and two prime-time matchups the networks would like to rethink. With a dearth of super-exciting matchups out there, it might be necessary to make games more interesting the old-fashioned way. The NFL lines are here!