Share All sharing options for: Georgia Bulldogs Vs. Florida Gators: Two Stupid Facts That Will Assure The Dawgs Victory

Stupid fact No. 1: the Gators have already lost to the Bulldogs.

In an SEC showdown involving a recently departed high-ranking University of Florida official, the red-helmeted Dawgs traveled to the Sunshine State in October 2010 to take on the disappointing Gators. In a surprisingly low-scoring and unsurprisingly difficult to watch ordeal, the Bulldogs rolled to an early lead, then held on as Florida used shotguns for stilts while walking through a roomful of hooks.

I'm saying they shot themselves in the feet. 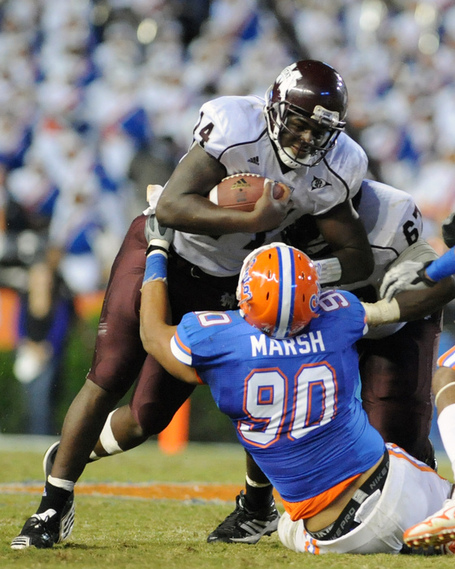 Speaking of blue and orange.

Stupid fact No. 2: when not wearing traditional blue-and-orange uniforms, Florida is 0-2 since last year's Georgia game.

They haven't won a game while wearing alternate duds since before last year's SEC Championship Game, when they went all-white errthing. And how'd that game go? 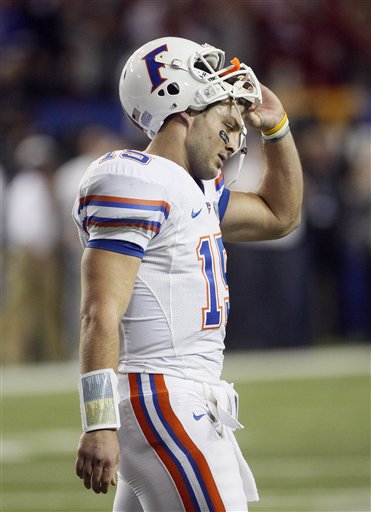 I, for one, prefer the Emmitt Smith Denver Clemsons over Florida's standard unis. Those don't work, either: 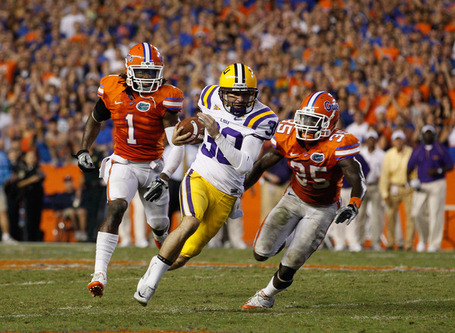 And what will the Gators break in on Saturday? These guys change clothes like the worst song on The Black Album. 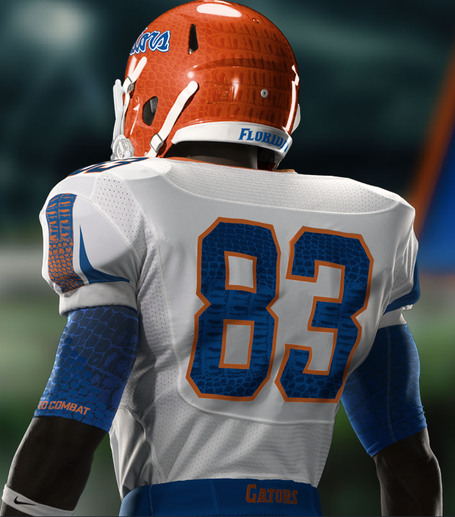