Of course the Oregon Ducks are wearing special Nike uniforms for the BCS National Championship Game, and of course the Auburn Tigers are playing along by wearing fancy marble shoes, but let's not forget Nike's unveiling bowl game uniforms for the Florida Gators, TCU Horned Frogs, and Boise St. Broncos too. Desmond Howard leaked each team's uni via Twitter earlier today.

They're far more traditional than each school's Pro Combat Uniforms histories would lead an elderly person to fear, so there's that. Here's Florida's: 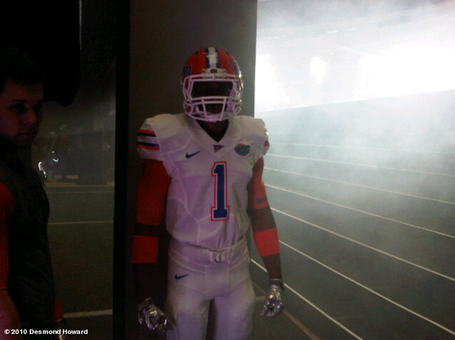 The only major difference I can see there is the aluminum foil, intergalactic garbage man gloves. And based on Oregon's uniforms, maybe they have orange socks [UPDATE: nope], a garment that has never existed before. TCU: 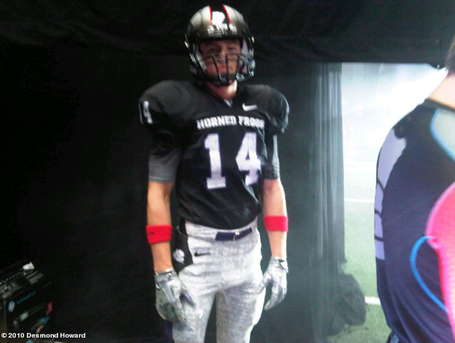 Snake-skin pattern and blood stripe down the center, as they've done before. Biggest difference between this and their most recent Pro Combat duds: black jerseys. Boise: 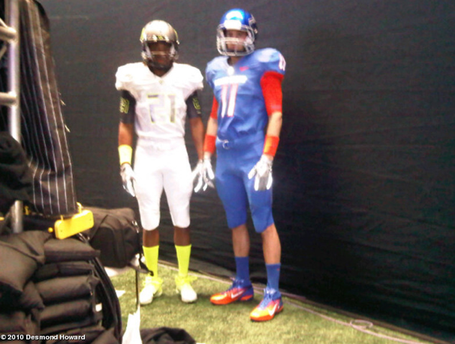 Are those any different from Boise's everyday uniforms? I have no idea.