Update: It appears Todd Grantham took lots and lots of issue with Vanderbilt's blocking during the game.

Nobody's really all that cool with the Vanderbilt Commodores being good at football. The SEC is hard enough with Vandy being bad at sports besides bowling. Now James Franklin comes around and turns the Dores into something other than a pushover, and Georgia Bulldogs defensive coordinator Todd Grantham isn't happy about it. 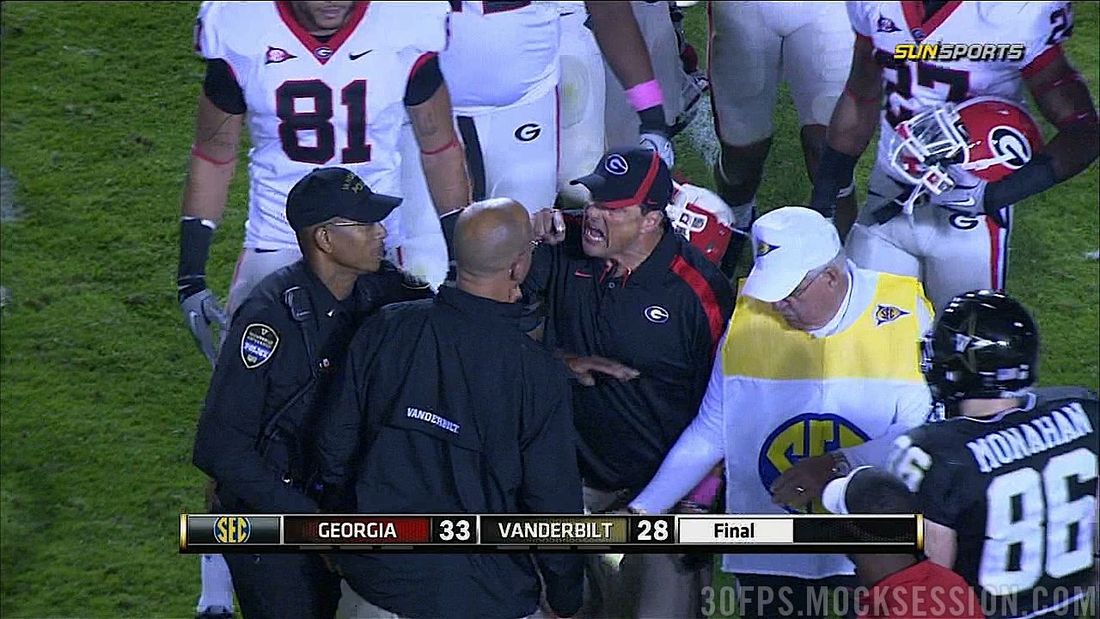 Actually, there's no telling yet what Grantham was so worked up about there. Some are saying Franklin said something to incite Grantham. The coaching staffs had to be separated -- have you ever seen players pull coaches away from each other? -- at the end of a contentious, 33-28 SEC East contest that somehow came down to the final play after a blocked punt.

No players appeared to get involved, so we shouldn't expect any suspensions. But ... can a coach be suspended? For making an ass of himself*? It's not the first time Grantham has conducted himself in a brutish fashion in front of television cameras.

* I really don't care who started it. They may both look like asses here once it's sorted out. Well, great!