Georgia Bulldogs quarterback Aaron Murray had a pretty big bye week. He went to the Florida St. Seminoles (remember, the enemy of your enemy ...), where he did the Tomahawk Chop (go Braves!) and at some point was spotted with a former Georgia Tech Yellow Jackets player identified by Sting Talk as walk-on wide receiver Andrew Smith.

Here's what Georgia Tech's 2009 ACC title rings look like. That might be the ring on display here:

About the shirtless guy and the ring?

"It was just someone I met. He went to Georgia Tech. I was like, 'I don't want to take a picture with you,' and he kept insisting, and I was like, 'All right, fine.' ... He was part of the team that won the ACC two years ago." 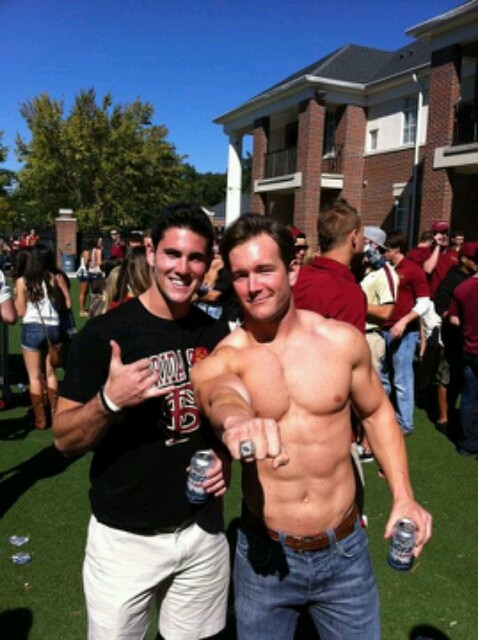 Yep, Murray is holding a beer, and he's two weeks shy of 21. Expect the dumber Georgia Tech and Florida message boards to get all THUGA about that. Or, remain all THUGA.

Georgia Vs. Florida: Dawgs Do The Partying For Once, 24-20