Share All sharing options for: PHOTO: Mississippi State Player Relieves Himself Between The Sanford Stadium Hedges 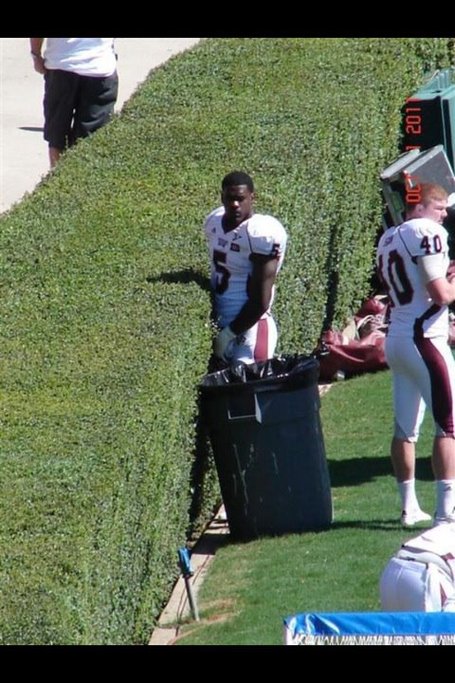 Mississippi State defensive back Nickoe Whitley started the fad of snatching errant Aaron Murray passes on Saturday - his pick was the first of three MSU would nab against Murray, setting a career record for the UGA quarterback. Let's just hope that was the extend of Whitley's trendsetting.

What with Saturday's pregame fracas over Georgia's "G" and school girl rationale that MSU was "disrespecting" UGA, it's probably best that these two cross-divisional SEC teams shuffle off each other's schedule for the next few years.