Auburn University's announcement that an act of vandalism will likely lead to the death of the ancient oaks at Toomer's Corner has prompted a growing group of fans and students to gather at the trees. They're TPing, but in a less revelrous manner than you'd usually find after an Auburn football win. It's been going on since early this evening, and can be seen live right here.

At the bottom of this post, there's a pic of the police security that's been called to keep an eye on the statues near Alabama's Bryant-Denny Stadium. But here was the scene at Toomer's Corner around 7 pm ET: 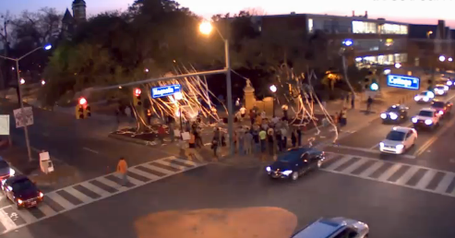 And here's some time around 8 pm ET, when the group had grown slightly. Those people holding signs were there the entire time, and I'd love to know what those signs said. 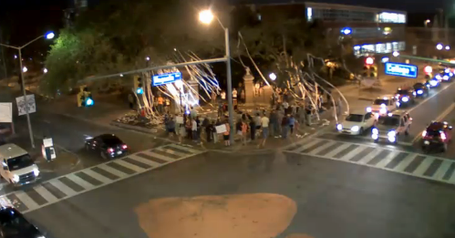 Things really started to take off after that. This one was taken just after 9 pm ET. At one point there were also people gathered on the median across the street, the one on this photo's left side. 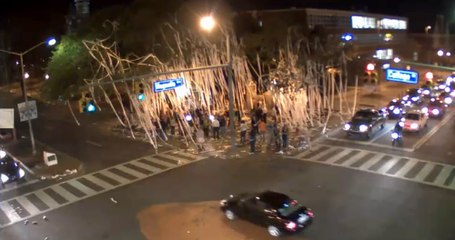 Meanwhile, the scene in Tuscaloosa (Via @IzzyGould): 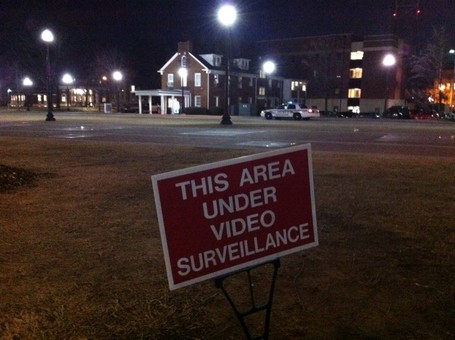