Harvey Updyke Arrested For Toomer's Corner Poisoning, According To Report

Share All sharing options for: Harvey Updyke Arrested For Toomer's Corner Poisoning, According To Report

A man named Harvey Updyke has been arrested for the lethal poisoning of Auburn’s Toomer’s Corner oak trees, according to a report by WTVM9 in Columbus, Ga. He will reportedly be charged with criminal mischief.

That charge will satisfy no Auburn fan, few embarrassed Alabama fans, and pretty much nobody of any stripe, but it's actually a Class C felony that could mean up to 10 years in prison. And remember the feds are on the case, with very serious environmental concerns in play. This could be the least of Updyke’s legal troubles, if reports are accurate. 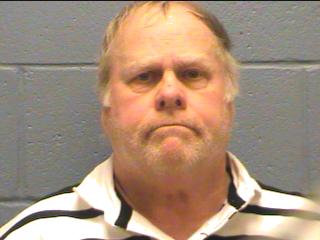 The 62-year-old is reportedly indeed from Dadeville, Ala., and his middle name is reportedly Almorn. That would make him a potential "Al from Dadeville." Sigh. Anybody who was holding out hope that there isn’t really somebody that dumb out there: things are looking grim.

Friends of the Program has a link to a Facebook profile of someone that college football message boards are convinced is the Updyke in question.

If Updyke is responsible for harming the trees, he should be very grateful to be in police custody right now. If you have the $50,000 needed to bail him out, you probably shouldn't.