The Vanderbilt Commodores have had it, rest of the SEC. They'll never be good at football, their basketball team might lose its first-round bye at the SEC Tournament, and their fans had a white-out in their game against the Tennessee Volunteers, the most redundant white-out in sports history. You'll forgive their mascot -- and that's Mr. Commodore to you -- for snapping.

Lord knows why, but he punched a student in the face, leaving him with a very bloody nose.

That's a lot of exquisite DNA and world-class pedigree leaking on the floor there. 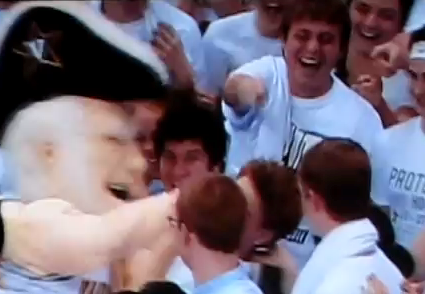 Don't act like Mr. Commodore doesn't know his way around the streets, son.