Shortly after the Kentucky Wildcats held off the North Carolina Tar Heels to earn their first trip to the Final Four in over a decade, this photo of Jay-Z milling around in their locker room started flying around Twitter. Click to make it bigger, but that's clearly a 2011 Final Four shirt the young gent on the right is wearing: 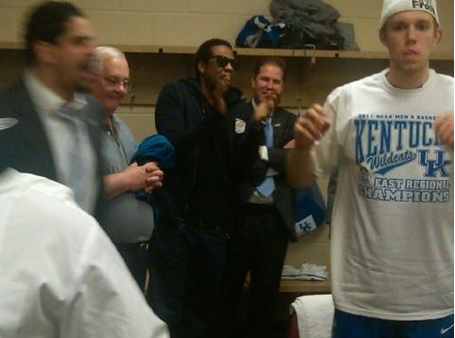 So was Jay just being Snoop Dogg by showing up to cheer for whichever team for whatever reason? Not really. Remember, he's best buddies with LeBron James, who's in turn best buddies with John Calipari, a man who has some sort of connection to Kentucky basketball that I can't quite recall. You'd think he'd be a big St. John's fan, being from New York City and all, but the Big East stay losing.

Here's a video of Darius Miller talking about the happening.

After the team made it back to Lexington, they were greeted by a local herd that calls to mind the masses surrounding Helm's Deep, but maybe that's just because of the lighting in this photo. It's understandable that the only fanbase that actually cares about SEC basketball is fired up, I guess. 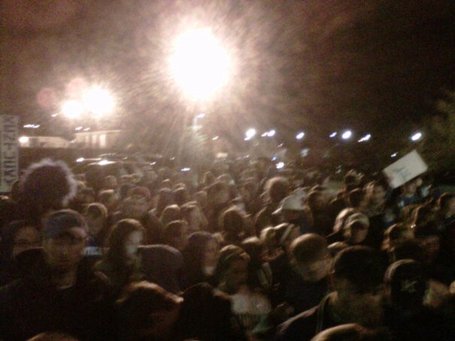