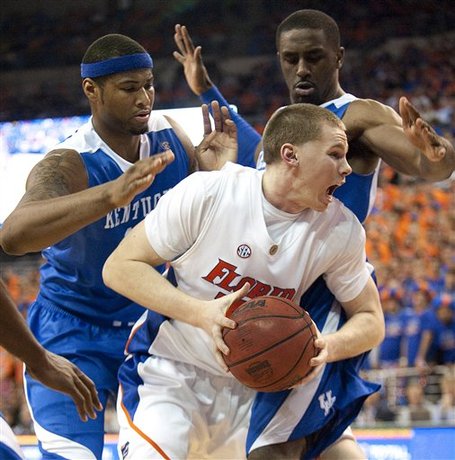 Florida Gators basketball players Cody Larson and Erik Murphy were arrested, along with a "team manager" named Joshua Adel, and charged with burglary Sunday night. According to police, the trio broke into a car after being told to leave a bar due to general shadiness.

As Alligator Army cautions, there's a difference between an arrest and a conviction, but file this one away for your THUGA folder. You don't keep a THUGA folder? Oh. That's the folder you refer to when a message boarder ho ho ho's the Georgia Bulldogs football team's dastardly traffic records.

Worst part of the story, and one that makes the whole thing very un-enjoyable even for a fan of a rival team: this is not Larson's first run-in with the law. He's currently in the middle of a two-year probation period, meaning he could see prison time if the charges hold.