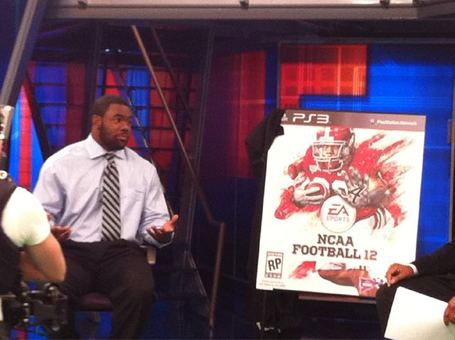 In true stick-it-to-Auburn fashion, Ingram is shown giving a Heisman stiff arm on the cover. Gotta smart a little that the year after Cam Newton wins the trophy a Bama player gets the cover nod, right? You can also make out the Atlanta Braves Alabama pretty much Atlanta Braves logo on his glove, an item that would've drawn him a penalty if he'd displayed it to the crowd after scoring a touchdown according to new NCAA rules.