A.J. Green was interviewed by 680 The Fan's Rude Awakening Wednesday morning in advance of Thursday's NFL Draft. Our talented associates at Sports Radio Interviews transcribed the whole thing, in which we learn Green grew into becoming a Tampa Bay Buccaneers fan despite growing up in South Carolina and playing college football in Georgia. Yuck!

He also mentions being on his school's sixth grade juggling team, which -- schools have juggling teams? South Carolina is awesome! Here's a picture of his ongoing juggling exploits via @CAA_Football: 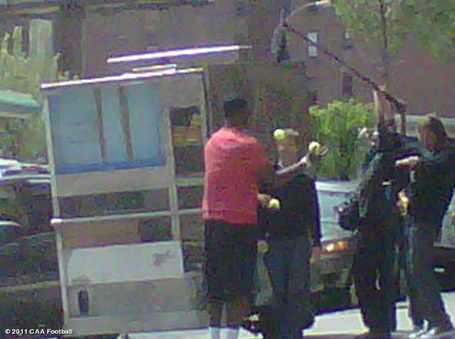 As far as role models go, there's nothing out of the ordinary: Randy Moss, Jerry Rice ... stunned to learn Green never looked up to the great Enrico Rastelli, perhaps the best juggler of all time.

If you were starting up a circus composed entirely of 2011 NFL draftees, which players would man which roles?

The first round of the 2011 NFL Draft starts at 8 p.m. (ET) on Thursday, April 28, and SB Nation has everything you need to prepare: NFL mock drafts, draft projections, scouting reports, the full NFL draft schedule and more. Check it out at SB Nation's NFL Draft page and our NFL Draft blog, Mocking the Draft.