The image a team chooses to put on its media guide cover says something about what the program thinks of itself. Based on the 2011 covers available at SEC Media Days, several teams think, "We have many players." Here are photos of each, all via Craig Pinkerton:

Alabama apparently has more than multiple covers, since nobody's sure which players Nick Saban has dropped yet. 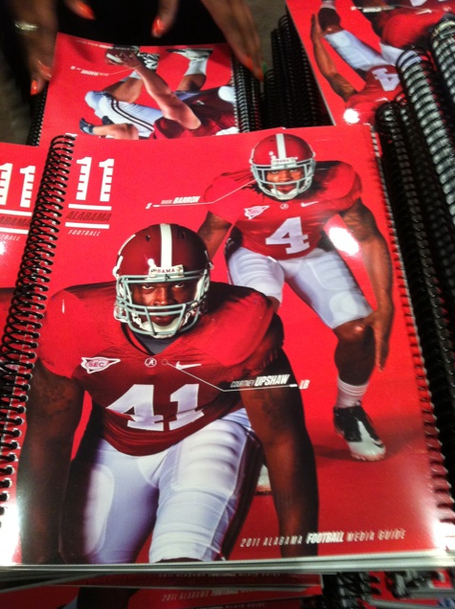 Note: Arkansas' includes more than one receiver, none of whom is catching a ball. 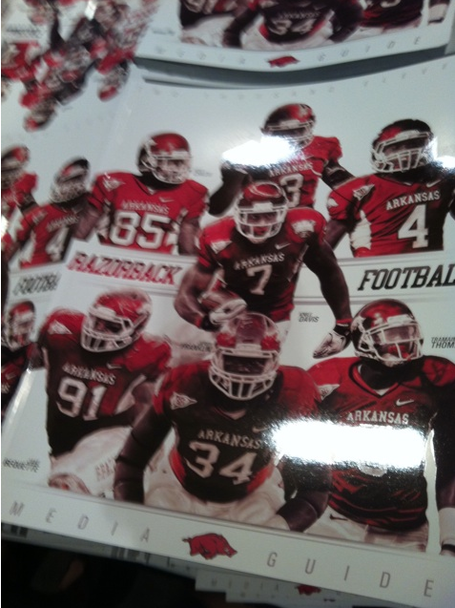 Auburn would've had a pretty hard time screwing this one up. 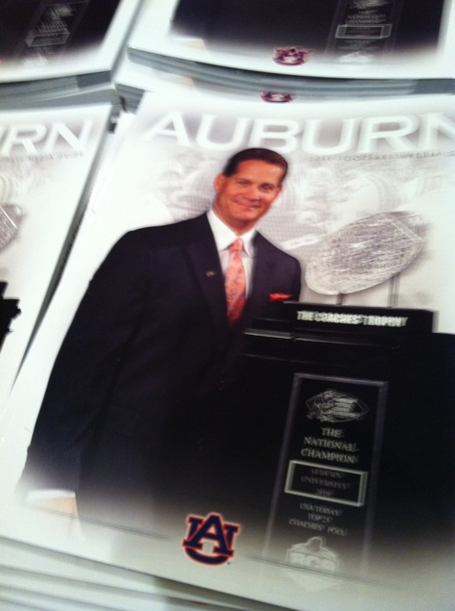 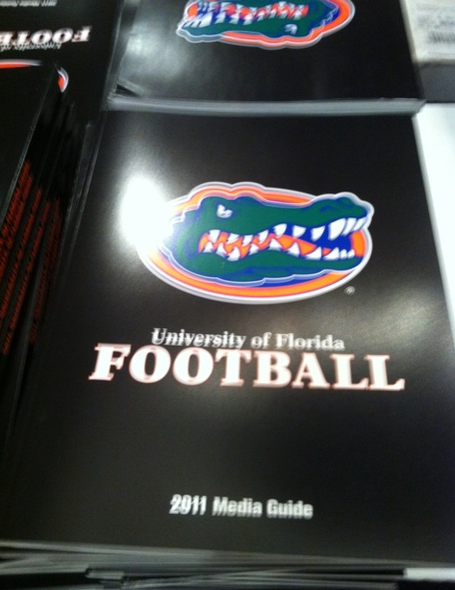 Is having three special teamers on the cover of your media guide a good sign? 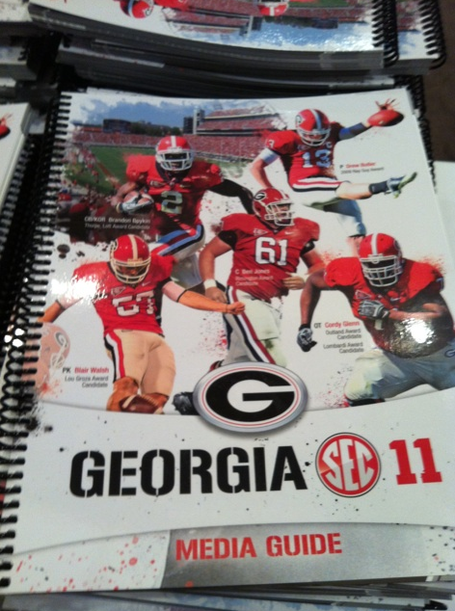 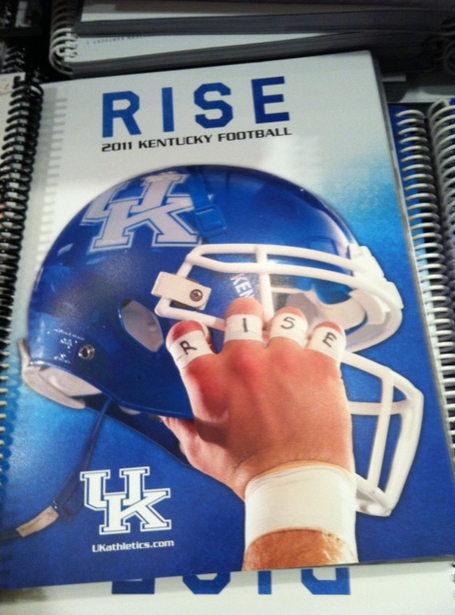 This LSU guide is pretty cool, especially the helpful icon that reminds you what the sun looks like. Les Miles doesn't need help with that one, but it doesn't hurt to be sure. 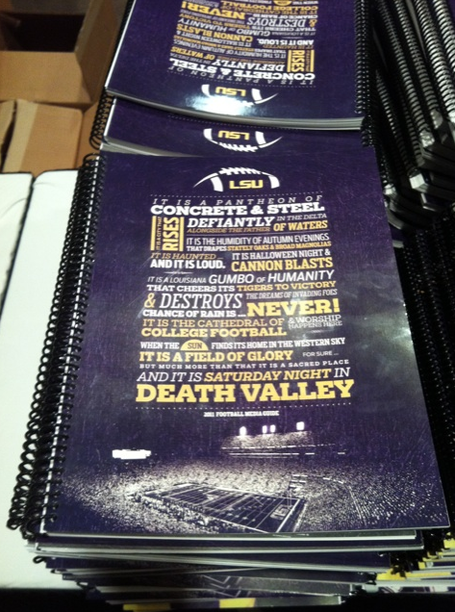 Mississippi State earns Most Audacious while also giving me yet another chance to link to Ole Miss' Egg Bowl banner. 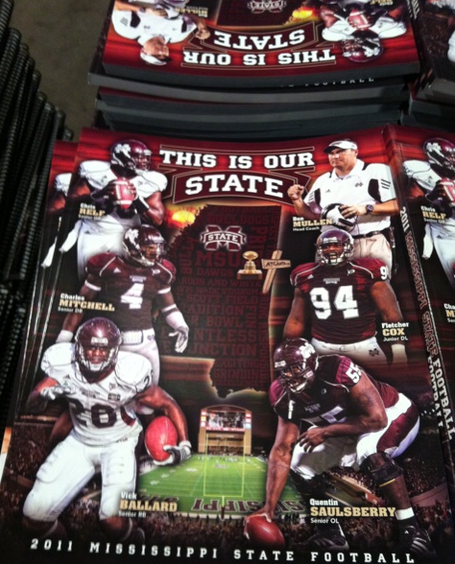 To that affront, Houston Nutt consoles himself as an Ole Miss player tongues a floating head's ear. You sure you really want this state, Dan Mullen? 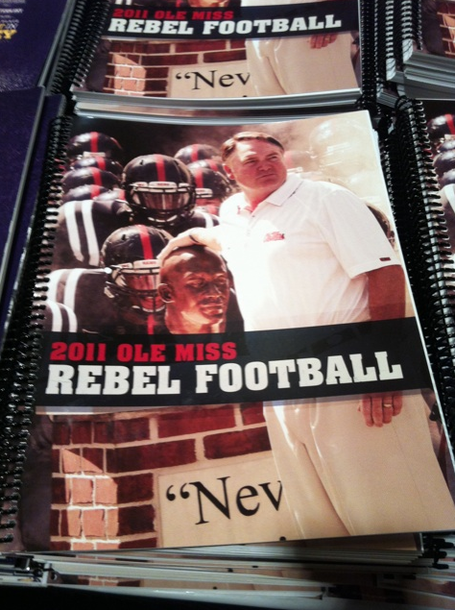 To nobody's surprise, the Gamecocks continue to say, "Stephen who?" 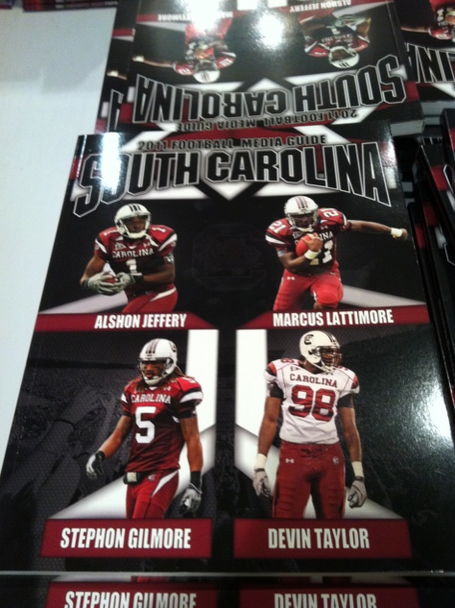 Has the Tennessee guide sustained water damage? No, friend. It's called shower discipline. 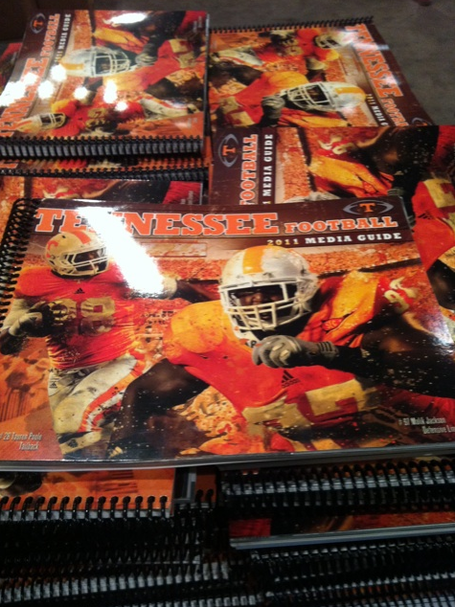 The Vanderbilt cover sticks with the WE HAVE PLAYERS! angle, though sadly elected not to use its space for a Robbie Caldwell 2010 Media Days memorial: 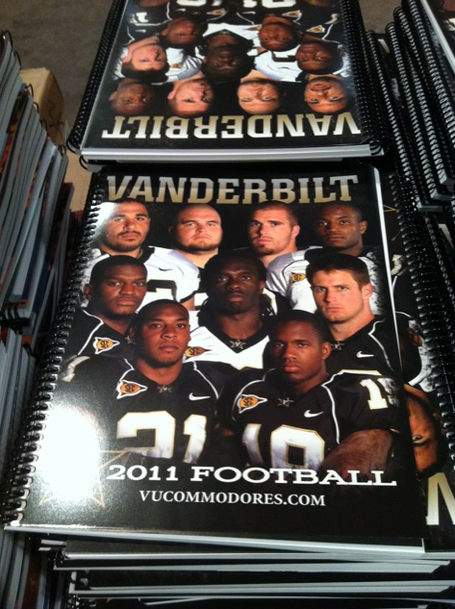