Hines Ward To Cameo In 'The Dark Knight Rises'

Share All sharing options for: Hines Ward To Cameo In 'The Dark Knight Rises'

Former Georgia Bulldogs champ Hines Ward will star in The Dark Knight Rises as Batman's sidekick Robin Anne Hathaway's husband space architect Bert Mackabee magnet shipping magnate Ben Roethlisberger probably just a football player, along with quite a few of his Pittsburgh Steelers teammates. And he's totally not starring, but just kind of showing up. But he's in it!

Thing I most hate about myself, August 6, 2011 edition: I can't help but hum "Black & Yellow" to myself upon looking at this Gotham City Rogues jersey: 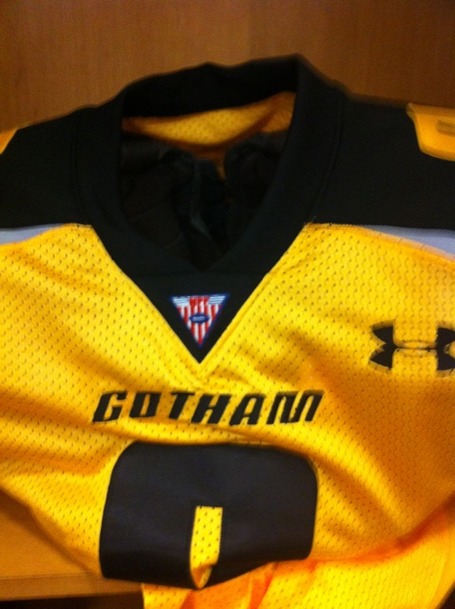 Shout out to Under Armour, the official apparel provider of Wayne Enterprises. A scene will be filmed at Heinz Field, and you can't spell Heinz without Hines and Hines refuses to appear in billion-dollar movies without all of his teammates, so there you have it.

For the second time in as many days, here we are hoping a football player's performance in a film is good enough to match Herschel Walker's Zaxby's commercials.