SEC Football On TV, Week 1: The Guide To Awful Viewing

If bloggers hate everything, why should SEC football be any exception? Steven Godfrey complains about this weekend's slate in Speed Country. Complete weekend TV schedule here.

Share All sharing options for: SEC Football On TV, Week 1: The Guide To Awful Viewing

OH GOD OH WOW IT'S HERE! Let's outdo one another's hyperbolic sacrilege to show how important football is! One more year of justified binge drinking and the arrested development of post-graduate responsibility! College football is wonderful, but it's also just as awful, which makes it wonderful again... but only if you're willing to celebrate the awful.

Come romp through the lilly fields of snark below, as I bitch about the weekend's slate* of games in the best college sports conference in America at reminding you they're the very best at things that can't possibly help advance an actual career or education, but we get laid by prettier women so this run-on sentence is now not a Big 10 joke.

Don't Watch This: Two of the mid-south's historically scuzzy programs have both made decidedly boring moves in cleaning up their images. That means we'll be denied a sequel to this mid-field fracas between Tommy West and The Kang over coveted "Shoeless" Joe Lee Dunn and his travelling 3-3-5.

Plus, the Liberty Bowl finally got up to code after three decades of being a certified death trap, and now the elderly and disabled can enjoy attending football games. That's no fun.

Don't Watch This: Years from now, when ESPN completes mitosis and we're forced to watch pay-by-the-quarter college football games played at the Mall of America with team uniforms that project 3D Miller Lite commercials, remember that this highly anticipated clash really, really warranted a neutral site (LP Field in Nashville, to best coincide with a large number of bachelorette parties from Bowling Green) and a national broadcast.. To the delight of both schools' fans, John Calipari will be coaching both teams in the third quarter.

Don't Watch This: Utah State is D1? That fools me every time, but gosh, isn't that like, so SEC? Find the absolute bottom layer of the FBS (and they also play Samford this season) and retain your self-promoted "murder's row scheduling." Anticipation for a post-championship opening game hasn't been this high since the Florida Marlins opened the 1998 season, and plans are now underway to show the '10 Iron Bowl on a loop at Jordan-Hare after a 3-4 start.

Don't Watch This: The last time the national media tried to graft an off-field tragedy onto a season opener, East Carolina almost beat Virginia Tech, which would've been like David Fincher directing "Remember The Titans." (Also "the last time?" Next week, when the entire NFL schedule, especially anything involving the NFC East, will suck every morsel of solemnity out of the 9/11 anniversary.) And if Saban doesn't smother his alma mater with a 28-point fourth quarter to cover the spread, we'll suffer higher levels of PAWL radiation than expected come Monday. Spoiler alert: Bama covers, because Nick Saban is an asshole. 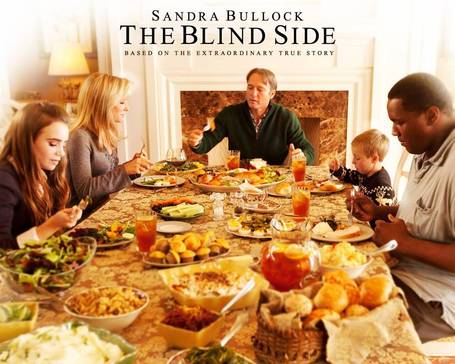 Don't Watch This: Even though they didn't produce "Chicago," the Mormons destroyed the Academy Awards (Expecting I'd mention another tribe? That's because you're racist!). Lost in the "The Blind Side's" big rubbery wank was was the fact that Michael Oher narrowly qualified to play four years (three of them totally meaningless, granted) on the offensive line at Ole Miss by utilizing a loophole of replacing transcript grades with BYU's national self-study high school coursework. Hey, at least we got another best actress winner who's one degree of sexual relations away from a porn star. It had been a while since Kathy Bates won.

Don't Watch This: The SEC likes you to forget that it's governed by an Antebellum-style caste system (PSST: DO NOT SEND THIS MEMO TO TEXAS A&M TO PRESERVE MAXIMUM LULZ). There's no advancing if you're among the conference's Bottom Six, no matter what any coach or booster or analyst or Pickens-level payrolling of mercenary Ju-Co talent  says otherwise. To that end, South Carolina is about to suffer the same lesson of 2009 Ole Miss, 2007 Kentucky and Arkansas (every year, all the time), so let's just let ECU detonate this Gaza fruit stand early and get on with the dashed hopes and swallowed pride that'll come charging out of that tunnel in the Music City Bowl.

Don't Watch This: To further the theory of conference haves, have-nots and the river Styx between them, Will Muschamp, young and enthusiastic career defensive assistant, is the nuevo riche Floridian's Ed Orgeron, except Florida was smart enough to hire at least one or two coordinators mindful that offensive adjustments usually don't include "screaming louder." In summation: Florida is fortified it could win football games with Ed Orgeron, and that's fair.

Don't Watch This: FEAR YE ALL: this, the Babylon of self-righteous punditry from out of touch local op-ed writers coast to coast. No matter the outcome, there's simply no escaping yet another condemnation of the sport's ills now that Wilie Lyles has carpeted his ooze wall-to-wall across the weekend's biggest match-up. Thank God the offseason's most colorful player incidents (the weed and the face stomping and whatsuch) are all combined into this single finger-wagging target, so the rest of the day's schedule can be enjoyed without the gray cloud of impropriety.

/ shrugs, thinks about getting a burrito for lunch

Good thing we won't be able to enjoy seeing these teams play an unforgettable one-and-one series at two celebrated campus stadiums like Death Valley or Autzen. That way the casual viewer might mistake this parade of hell-worthy moral bankruptcy as a Cowboys scrimmage. 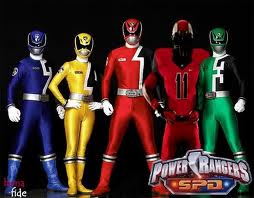 Don't Watch This: The single biggest waste of time possible this weekend: Boise State's trajectory to national darlings has been puppeteered this entire time by none other than NBC commissioner David Stern, by far the resident expert on manufacturing dramatic storylines marketable to non-fans alike. Denounce the Illuminati if you please, but bear in mind that Georgia has changed their uniforms, which in spite of college football's Potato Conspiracy, renders them as effective as any of the best Washington Generals teams ever assembled.