The week's biggest game has been irrelevant nationally since Tupac was shot dead (9-13-96, Never Forget), and the other "big one" is a total farce of television marketing aided by "changing the culture" profile pieces about some smarmy prick from New Hampshire. At least CBS returns this week, and that placebo business chocked with Penn State filler is behind us.

I bet Gary Danielson finds new quarterbacks to lust after the same way the wolf kid in "Twilight" imprints on the one girls' baby. I swear to God, that analogy has no roots in me actually reading "Twilight," but solely from what I learned reading Film Drunk.

(*No coverage of FBS-FCS nonsense in this or any other week's column. Like Chick-Fil-A closing on Sundays, we have our moral high ground. Although, unlike that particular policy, this one isn't created to hide our Saturday night alcoholism from the other Baptists. No hidden beer in this fridge!)

This was the game they "struggled" to win.

Don’t Watch This: Everyone just shut up about the line. Sometimes Vegas provides an eerie premonition to a match up of murky circumstances – you assumed Texas would pound BYU, but that odd fitting -7 spread scared you away – and sometimes they’re just wonderfully, totally off. That’s not to say LSU will roll, but there's still enough uncertainty in the third week of the season for ESPN to perpetuate hype enough to cloud the very, very certain finish of this series in the last decade. Darkhorses like Dan Mullen and the Bulldog program keep national writers energized and engaged (look, a story clearly assigned before Auburn went 2-0!) but we renowned cynics know better.

Don't Watch This: Auburn falls to earth and Clemson will offer a four year extension to another lame duck coach, the ACC will awaken from its trauma-induced coma long enough to offer some weak smack ("Ha! I just spit two of my teeth on you!" /passes out again) and a thousand Mizzou graduates working the agate page will snark out a headline besmirching SEC in some manner. Or, Auburn wins and our collective lusted-for comeuppance runs dry for a third week. "Barrett Trotter has found the leadership necessary to win big!" Oh I'm sorry, were you eating? 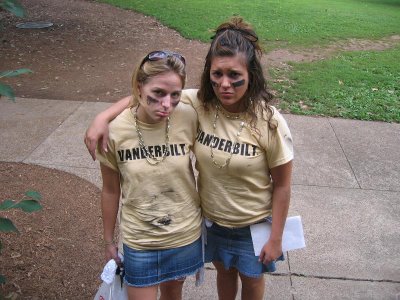 Don't Watch This: Sports Illustrated wants you to know Vanderbilt is the only team in the SEC everyone can root for. That's because Sports Illustrated embodies such a rich ore of liberal, communist sympathies and terrorist friendly politics that even your crackpot message board suspicions couldn't grasp the depth and implciations of such a conspiracy. Bully for James Franklin, because he's so, so screwed. His Vandy team is 2-0 yet the 'Dores are 72nd in the country in attendance. Why? Because I've been saying it for years: little to no helipad-friendly parking decks around Commodore Stadium. If it's not possible to be out of the stadium at halftime an en route to Rosemary Beach for a spirited round of croquet (on cocaine, natch), why bother?

Don't Watch This: At this point Verne Lundquist’s appeal is so lazily attained CBS could splice audio clips of his Panera Bread order with any nu-metal YouTube highlight reel of your choice, and we’d all still get the tingly britches. That explains why CBS, fashionably late to this party every year, shovels this legit rivalry with fake "impact" on us. Marketing Tennessee football as a factor in any kind of national race is as delusional as when Baltimore Orioles fans call any other team a "rival." Spare justifying the merit of this rivalry to me – I get that part, it’s just that this clash is so tied to the mid-‘90s that it’s impossible to celebrate at the current moment. Let the nostalgia cycle work its course, and in five years this game will be cause célèbre, and I can play my Live albums without (as much) irony. 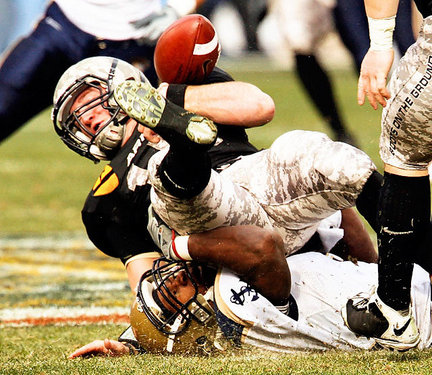 Don't Watch This: Well now this isn’t cool. And come on guys, the 9/11 stuff was like, just last week. This isn’t how we’re supposed to treat our service academies. We’ve grown to respectfully ignore their 6-point losses to MAC teams and sarcastically applaud when they beat Notre Dame, and then address nothing else, ever. It’s uncomfortable to think of these teams outside of December, when we all watch the Army/Navy game with equal parts patronizing enthusiasm, begrudging patriotic duty and delirium tremens on the first Saturday after the end of the regular season. Not cool, Ol’ Ball Coach, not cool at all. 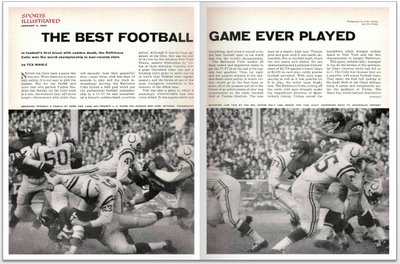 Don't Watch This: You come across such an acute example of why this bit was created, and it gets so damn meta we're left only to flip the script: SOAK THIS ONE IN. DVR IT. Wag a finger of elitism at Oliver Luck, as whatever fragile refurbishment Noir Rich Brooks completed in Lexington crumbles under a chuckleheaded coach-in-waiting scheme. See Ollie, the natural route is to give the curmudgeon carte blanche and let him prop up a career assistant, not to chase some coveted replacement! Fans are feeling terrible for Charlie Strong, as if Louisville was the only job he could get after years of racially tinged cold negotiations for positions he was thought to be qualified for. Or maybe he just blows after all, and blows in the most equal opportunity manner possible. I just hope someone finishes with a weird point total (Wish list, in order of desire: 8, 12, 5). 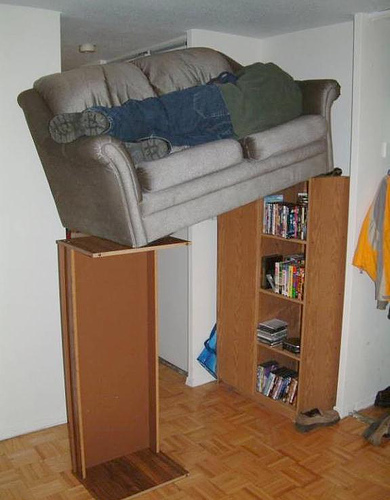 Don't Watch This: Tuscaloosa has to be the least recent graduate friendly of the SEC powerhouse towns. Every Tide alum I know – read, ALUMNUS, not fan – complains that almost none of their friends stick around to provide that crucial place to crash when you come in for the weekend to drink your greatest hits and ignore the creeping death of adulthood looming so ominously at 25. This difficulty means games such as these are almost exclusively populated by the RV contingent and actual 21 year olds. Hence, the stereotype of the insufferable Bama fan. Maybe my sample polling is skewed, or maybe Alabama – the UNIVERSITY OF – has a better undergraduate clearance rate than a Florida or LSU, where there’s always a sixth-year fuck up with an open couch waiting.

Don't Watch This: New rule for the next time I pitch a stupid gimmick to my editors that ends going for an entire sports season - you play three shitty non-conference games three weeks in a row and thou art banished until a 14-point loss to a national title contender occurs. BUT WAIT THAT'S NEXT WEEK HOGS LULZ. ESPN's banishment of this threepeat 42-7 scrimmage to garbled DSL video is evidence enough my banishment theory has legs. Soak it up, Shroud of the Ozarks, because next week the Arena Bowl bullshit directed by your concussed QB meets a quick death. I know this because Nick Saban is an asshole, and that is an inarguable fact.