Georgia Tech athletic director Dan Radakovich announced Tuesday plans for the new Hank McCamish Pavilion that were recently approved by the Georgia Board of Regents. McCamish donated $15 million to help fund the project, and the new arena will be named after him replacing Alexander Memorial. William Alexander, former Georgia Tech athletic director, will still have his name associated with the property, as an outdoor courtyard will be named after him.

Most notably in the renovation will be a new main entrance on the corner of Fowler and 10th Streets. Also, the concourse areas will be able to see the court, in contrast to the current arena. 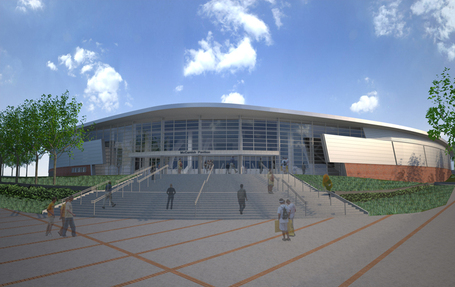 There are a few notable changes with the new basketball facility. Seating capacity will actually decrease, from 9,191 to 8,900. It will not have any suites, and the arena will not host any events other than basketball games. One thing that will stay the same is the seating location for students, which will remain behind the baskets. 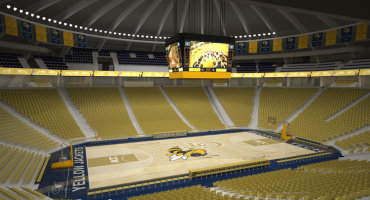 Groundbreaking is estimated to begin in April of next year, and the coliseum will open for play in time for the 2012 season. The basketball teams may play the 2011 season in Gwinnett Arena and/or Philips Arena, but those plans will not be announced until they are finalized.