In the second most important camouflage pants moment in ACC history*, Clemson Tigers coaches took the sidelines today against the N.C. State Wolfpack looking like they just tumbled out of a tree stand. Today's military appreciation day in Clemson, so. Haven't been able to turn up a screen cap yet, despite shattering the record for most Twitter searches for the keyterm dabo camo, but the following image should give you an idea: 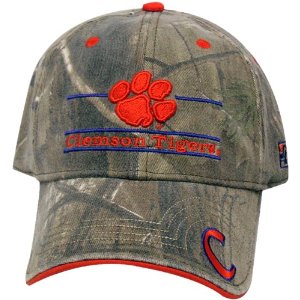 That's the most Clemson thing you've ever seen, and it's yours for like 20 bucks, but it's the wrong kind of camo. This was, you know, like, military camo. Hasn't worked so far, as the Wolfpack lead 7-0 early in the second quarter.

* Yes, we absolutely claim the Miami Hurricanes' pre-ACC history as our own. Also the scattered good years by Georgia Tech, Virginia Tech, Boston College, and ... that's about it. Oh, and South Carolina's post-ACC succe- ... yeah, that's about it.