Georgia Tech Yellow Jackets fans were not happy with the team's overtime loss to the Virginia Tech Hokies on Monday. Apparently the fans were so ticked off at the loss, they stole the letter 'T' from the signage just outside of Lane Stadium. A picture of the 'T' missing will be available after the jump. 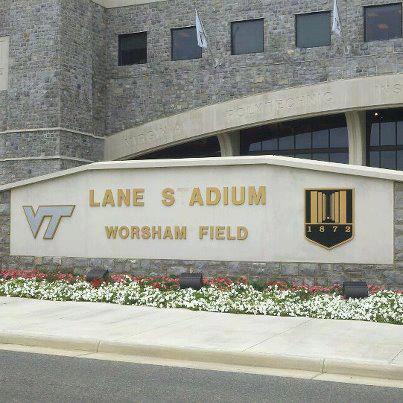 Jason Kirk found this picture on the Facebook group, 'Only at Tech' which has the caption "Lane S adium. Only a ech."