Share All sharing options for: PHOTO: Bubba Watson's Camo Pants At 2011 U.S. Open, For The Ladies

As we say nearly every time we mention Bubba Watson around these parts: he would be SB Nation Atlanta's favorite PGA Tour player even if it not for his Georgia Bulldogs history. The latest evidence is Mr. Watson's patriotic camo-pants-and-star-spangled-belt-buckle ensemble for the 2011 U.S. Open's first round. Here's a stirring photo: 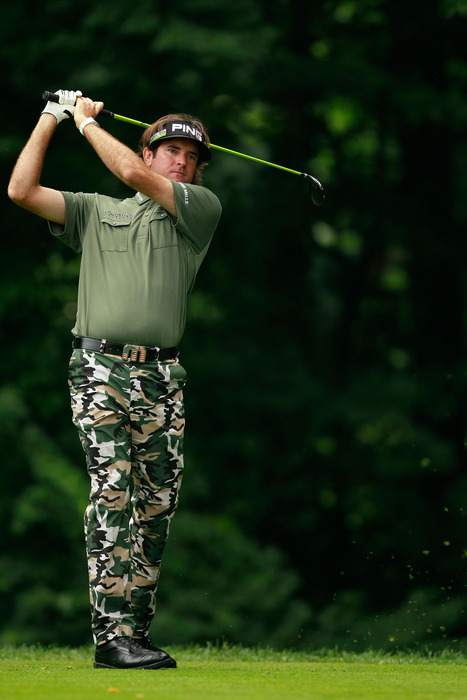 That fashion sacrifice in the name of 'Merica makes up for at least a portion of Bubba's upsetting rap video. Through nine holes at Congressional, Watson is one stroke over par for the day.

For the latest on the 2011 US Open, stay with this StoryStream throughout the day. For more on golf, head over to SB Nation's Waggle Room.

BETHESDA, MD - JUNE 16: Bubba Watson watches his tee shot on the 14th hole during the first round of the 111th U.S. Open at Congressional Country Club on June 16, 2011 in Bethesda, Maryland. (Photo by Chris Trotman/Getty Images)