For those of you who are still licking your wounds regarding the moving of the Thrashers to Winnipeg, there is still hockey in Atlanta. Actually, there's still successful hockey, which might come as a surprise to some considering the Thrashers' record while they were here. The Gwinnett Gladiators consistently rank near the top of ECHL attendance, and UGA, Georgia Tech, Georgia State, and Kennesaw State University each have solid hockey programs.

KSU's ACHA Division II team is the best of the bunch, winning a national championship and being ranked 15th in the nation among club hockey teams. Well, KSU's black and gold has got two new releases for local hockey and collegate sports fans: their schedule and their logo.

The schedule release can be found on their official site. Amazingly enough, hockey starts for them on September 9th, when they take on the Atlanta Jr. Knights. There are only sixteen home games this year, with the last in February, so it's abbreviated in comparison to pro hockey. It doesn't mean that the fun's any less, though.

The Owls have also tweaked their jerseys. Two NHL teams use a black and gold color scheme - the Boston Bruins and the Pittsburgh Penguins. For a while, the Owls did their take on the Pens' old school road uniforms, with the diagonal "Kennesaw" replacing the diagonal "Pittsburgh." Instead of sticking with that Cup champion, the Owls are hoping for the newest champion's magic to rub off on them: 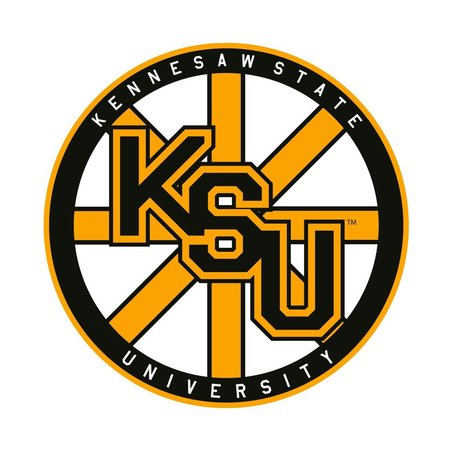 Why do I feel that the slogan should be "A wicked good time, y'all!"?